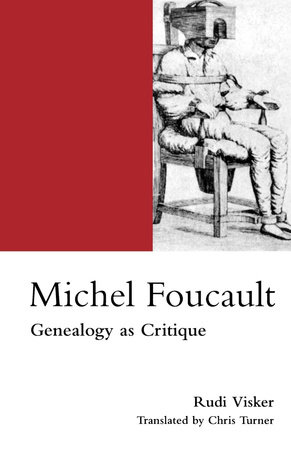 The reception of Michel Foucault’s work has often been divided between two unsatisfactory alternatives. On the one had there are those who admire the detail of his concrete analysis, but wonder how the political and ethical commitments they seem to rely on can be justified. On the other, there are those who deny the need for normative foundations, but also find it difficult to explain what makes Foucault’s archaeologies and genealogies critical. Rudi Visker’s book is not only a lucid and elegant survey of Foucault’s corpus, from his early work on madness to the History of Sexuality, but also a major intervention in this debate.

Reading Foucault against the Heideggarian backdrop to his work, Visker shows that Foucault’s target is not order as such, but rather the production of ordering systems which cannot acknowledge their own conditions of possibility. Exploring along the way such intriguing issues as the ambivalence of Foucault’s concepts of truth and power, and his philosophically provocative use of quotation marks, Visker portrays Foucault as neither relativist nor positivist, neither activist nor detached observer. Instead, Foucault emerges as the inventor of a new analysis of our modern mechanisms of control and exclusion: precisely of ‘genealogy as critique’.