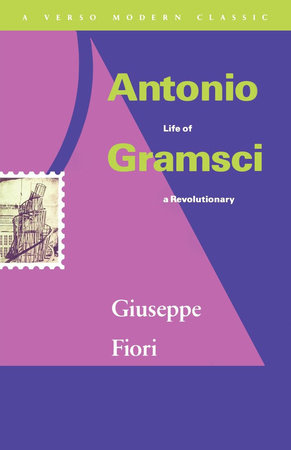 Life of a Revolutionary

Antonio Gramsci was born in Sardinia in 1891, became the leader of the Italian Communist Party in his early thirties, was arrested by Mussolini’s police in 1927, and remained imprisoned until shortly before his death ten years later. The posthumous publication of his Prison Notebooks established him as a major thinker whose influence continues to increase.

Fiori’s biography enlarges upon the facts of Gramsci’s life through personal accounts, and through Gramsci’s own writings to relatives and friends. In relating Gramsci’s growth as a political leader and theorist to his private experience, it offers acute insights into his involvement in the factory councils movement. It examines his relationship with political opponents, including Mussolini, and with his comrades within the Communist Party before and during Gramsci’s imprisonment. It is an approach which seeks to explicate, as well as underscore, the substantial achievement of one of the most important figures in western Marxism.

“A model of political biography … One is invited to share not only in the understanding of Gramsci’s life but also in the process whereby the author himself reaches his own understanding.”—Guardian