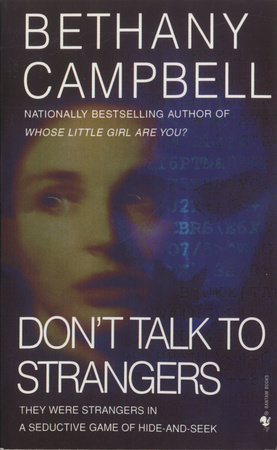 About Don’t Talk to Strangers

They were strangers in a seductive game of hide-and-seek.

One by one, the women were disappearing. Each had been young, vulnerable…and each had been spending time on the Internet "chatting" with a mysterious
stranger. It was Carrie Blue’s job to track down that stranger, to put herself on the Internet in the guise of a lonely young student, and to smoke out a cunningly seductive killer.

But soon Carrie is drawn inexorably into a world where truth is indistinguishable from fiction, where fantasy and reality collide. It proves far more difficult than she ever could have imagined to resist the lure of a twisted mind–one that may already have figured out who Carrie is, and marked her as his next kill. 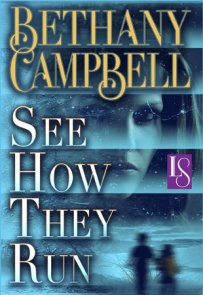 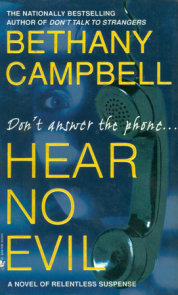 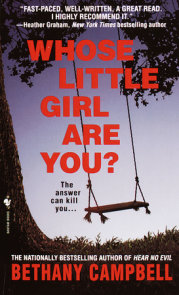 See all books by Bethany Campbell

Bethany Campbell has written more than twenty novels and many more under the name of Lisa Harris. She has received three RWA RITA Awards and three Romantic Times Reviewer Awards over the years. Bethany lives with her husband in Northwest… More about Bethany Campbell

By the nationally bestselling author of See How They Run.