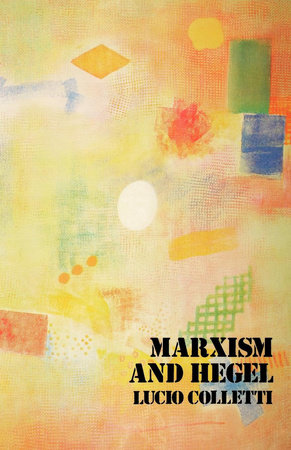 About Marxism and Hegel

The interpretation of Hegel has been a focal point of philosophical controversy ever since the beginning of the twentieth century, both among Marxists and in the major European philosophical schools. Yet despite wide differences of emphasis most interpretations of Hegel share important similarities. They link his idea of Reason to the revolutionary and rationalist tradition which led to the French Revolution, and they interpret his dialectic as implying a latently atheist and even materialist world outlook.

Lucio Colletti directly challenges this picture of Hegel. He argues that Hegel was an essentially Christian philosopher, and that his dialectic was explicitly anti-materialist in both intention and effect. In contrast to earlier views, Colletti maintains that there is no contradiction between Hegel’s method and his system, once it is accepted that his thought is an exercise in Absolute Idealism stemming from a long Christian humanist tradition. He claims, on the contrary, that intellectual inconsistency is rather to be found in the works of Engels, Lenin, Lukás, Kojève and others, who have attempted to adapt Hegel to their own philosophical priorities.

Colletti places his argument in the context of a broad re-examination of the whole relationship between Marxism and the Enlightenment, giving novel emphasis to the relationship between Marxism and Kant. He concludes by re-asserting the importance in Marxism of empirical science against the claim of “infinite reason,” while at the same time showing how Marx did transform key ideas in Hegelian thought to construct a consistently materialist dialectic.

“The highest standards of scholarship, precision and clarity.”—Philosophical Quarterly

“Marxism and Hegel is in many ways the most important single work of Marx interpretation written since Lukács’s History and Class Consciousness. It makes a reappraisal of dialectical materialism imperative.”—Critique