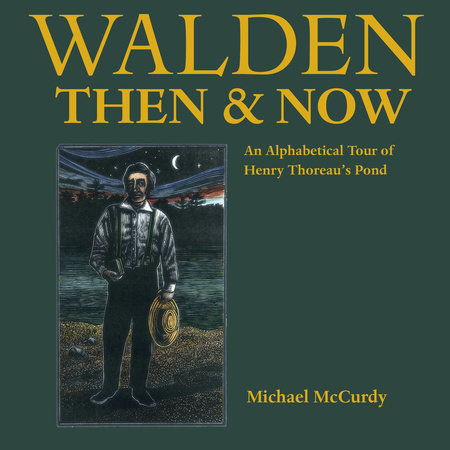 About Walden Then & Now

“I hear a song sparrow singing from the bushes on the shore.”
–Henry David Thoreau, Walden

Henry David Thoreau was an author and naturalist whose book WALDEN still inspires readers today. In it Thoreau documented his experience living in a cabin on Walden Pond, reflecting on the beauty of nature and Mother Earth. Much of his writing, including WALDEN, propelled the environmental movement that exists today.

Over one hundred and fifty years later, Michael McCurdy pays tribute to this influential figure and the historic place that inspired Thoreau during his lifetime. In WALDEN THEN & NOW, readers take an alphabetical journey around Walden Pond. McCurdy explores Thoreau’s simple life in his cabin surrounded by nature, and highlights what has changed and what has stayed the same from Thoreau’s time to our own. Readers discover the animals, plants, seasons, and thoughts that Thoreau recorded during his life on the pond as they gain an appreciation for nature and environmentalism.

McCurdy’s beautiful wood engravings illustrate this celebration of the joy, solitude, and drama of the natural life of Walden Pond—then and now.