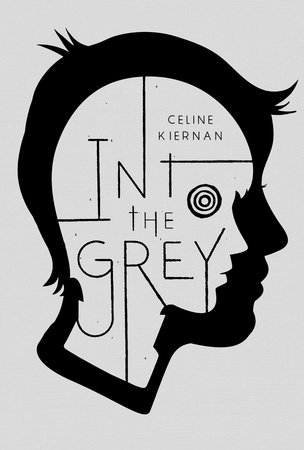 About Into the Grey

In a heart-pounding, atmospheric ghost story, a teenage boy must find the resources within himself to save his haunted twin brother.

After their nan accidentally burns their home down, twin brothers Pat and Dom must move with their parents and baby sister to the seaside cottage they’ve summered in, now made desolate by the winter wind. It’s there that the ghost appears — a strange boy who cries black tears and fears a bad man, a soldier, who is chasing him. Soon Dom has become not-Dom, and Pat can sense that his brother is going to die — while their overwhelmed parents can’t even see what’s happening. Isolated and terrified, Pat needs to keep his brother’s cover while figuring out how to save him, drawing clues from his own dreams and Nan’s long-ago memories, confronting a mystery that lies between this world and the next — within the Grey. With white-knuckle pacing and a deft portrayal of family relationships, Celine Kiernan offers a taut psychological thriller that is sure to haunt readers long after the last page is turned. 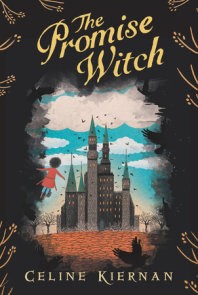 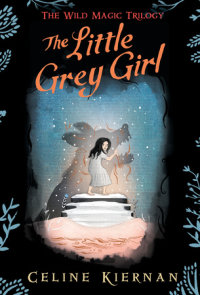 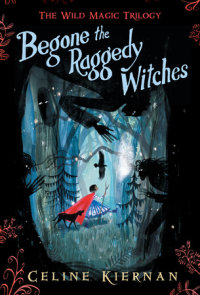 See all books by Celine Kiernan

Pat’s narration is marked by vivid descriptions and consistently polished, well-paced prose… The otherworldly goings-on are grounded in the family lives of the village their Nan grew up in, adding intriguing nuances to the psychological drama. A gripping, highly original ghost story.
—Kirkus Reviews (starred review)

Kiernan’s beautiful and haunting novel is full of mystery and suspense with continuous plot twists and turns. The narrative voice is compelling and honest while capturing the emotional terror the teen has to face. The refreshing, multidimensional characters drive the story line and readers will connect with them because of the poignant and touching moments. A captivating read that combines Irish history with the supernatural.
—School Library Journal

Dom and Pat share a deeply loving bond, which makes Pat’s panic over Dom’s transformation palpable. In stark, eerie passages, Kiernan tells a gripping story as much about the love between brothers as it is about ghosts.
—Booklist

Confident, pungent, and poetic. Family love, loyalty, and protectiveness are palpable in a well-drawn cast of characters, and the pace is frequently galvanized with energetic drama and dialogue pierced with Irish dialect.
—The Horn Book

Atmospheric… The tension and atmosphere are genuinely creepy. … A ghost story that encompasses heartache from two generations and the love brothers have for their twins—both living and dead.
—VOYA

Irish author Kiernan has a taut and atmospheric style, vividly capturing the Ireland of the early 1970s and its earlier twentieth-century shadows. … This offers a keen poignancy in its revisiting the years of the now old and the long-dead… American readers may not be familiar with the Irish Republican tensions and the period’s cultural landmarks, but they’ll be right at home with eerie, heartbreaking ghosts and a boy’s implacable loyalty to his beloved brother.
—Bulletin of the Center for Children’s Books

The hallmarks of a perfect ghost story — terror, isolation, an unusual setting, the past intersecting with the present — are at the core of this terrific mystery. But what really makes it a stand-out? The deeply emotional connections between the characters. A ghost story with a heart. Love that.
—Justine

If you’re in the mood for a scare this autumn, Kiernan’s beautiful novel comes highly recommended. Just read it in the daylight, maybe, and don’t say I didn’t warn you.
—Philadelphia Inquirer