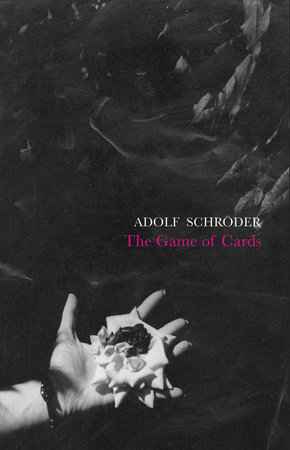 The Game of Cards

About The Game of Cards

The young student Markus Hauser accepts a job with Selma Bruhns, an elderly Jewish lady who was able to escape the Nazis and the Holocaust only at a terrible cost. When Markus arrives at her decaying, darkened house infested by numerous cats, what unfolds is a story of risky gambles, desperate decisions, and unbearable regret
The task that Selma gives Markus is almost sisyphean: he has to arrange thousands of letters in chronological order, so that they can be burnt in that same order. For six days he works conscientiously. On his last day, Selma proposes a bargain: a game of cards that will change his life forever.
Written in the style of a detective novel, The Game of Cards (Das Kartenspiel) pieces together the puzzle of life fractured by war, and plunges the reader, along with the characters, into a strange and troubling world.

“The climactic revelation, with its link to a dark period in German history, is predictable, and some will be irritated that this essentially straightforward story is told in such a convoluted, even contrived fashion. Yet Schröder’s masterful control of pace, teasing slow-reveal of information and finely attuned eye for detail are enough to let him get away with it.” - Ben Coren, New Statesman

“Read Adolf Schröder: you will not forget him.” – Magazine Litteraire

“A gripping and up-stirring novel. Adolf Schröder: A name one should remember.” – Le Figaro

The Game of Cards