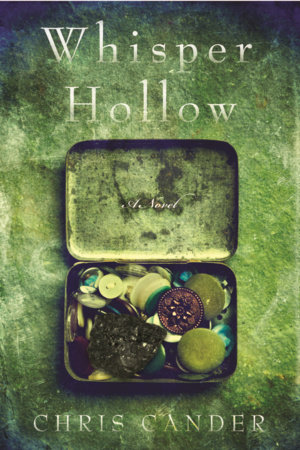 2. How is family depicted in the novel? Is a traditional family something to aspire to, or something to be avoided? Compare what role family serves in the miners’ lives (see page 54) to what John Esposito experiences in his marriage to Myrthen Bergmann. Does Alta find happiness within her family or outside of it?

3. What is the significance of Whisper Hollow for Myrthen? For John and Alta? For Lidia? Why do you think the novel is named after Whisper Hollow, and not the town in which the characters live, Verra?

5. How does Myrthen shape the lives of the people in Verra? Do you think she’s the antagonist of the novel? Do you ever feel pity for her?

6. What role does religion play in Myrthen’s life? On page 205 the narrator tells us, “She had prayed very hard, bruised her knees and squeezed her eyes so intently until she no longer saw or even thought of the periphery of her actions.” How does she use religion to deal with guilt?

7. Describe the difference between the guilt that Alta, Myrthen, Lidia, and Stanley feel. What role does confession play in alleviating their guilt? In the novel, is it secular confession or religious confession that offers the most redemption?

8. Myrthen, John, Alta, and Lidia all sometimes feel isolated in Verra. In the novel, what works against isolation?
Learn More About Whisper Hollow
print

Rose in a Storm

Playing with Matches
Back to Top