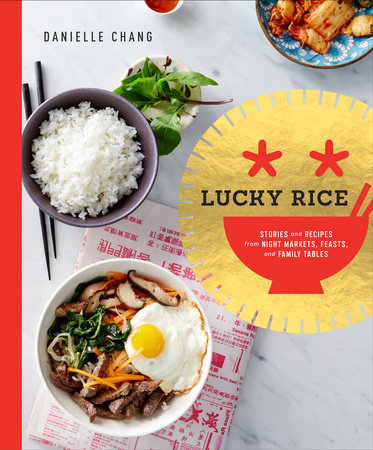 Stories and Recipes from Night Markets, Feasts, and Family Tables: A Cookbook

In Lucky Rice, Danielle Chang, founder of the festival of the same name—which brings night markets, grand feasts, and dumpling-making sessions to America’s biggest cities—feeds our obsession for innovative Asian cuisine through 100 recipes inspired by a range of cultures.

Here, comfort foods marry ancient traditions with simple techniques and fresh flavors—and include a few new classics as well: chicken wings marinated in hot Sichuan seasonings; sweet Vietnamese coffee frozen into pops; and one-hour homemade kimchi that transforms pancakes, tacos, and even Bloody Marys. With a foreword by Lisa Ling, this lushly photographed cookbook brings the fun and flavors of modern Asian cooking to your kitchen. 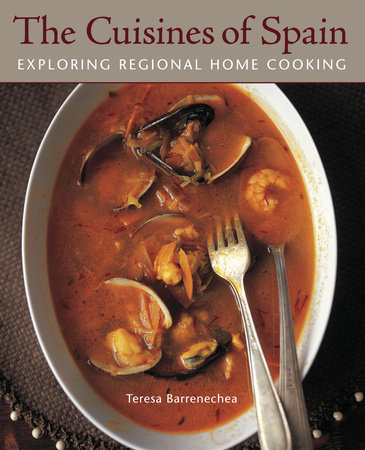 The Cuisines of Spain The Food of Northern Thailand The Blue Bottle Craft of Coffee 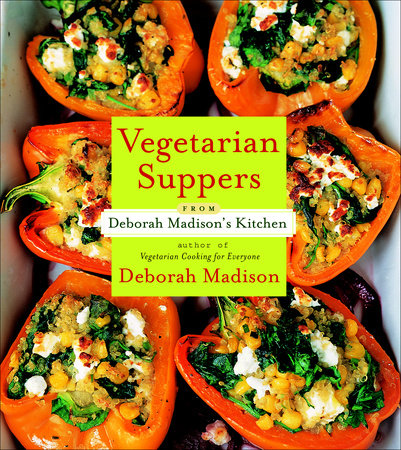 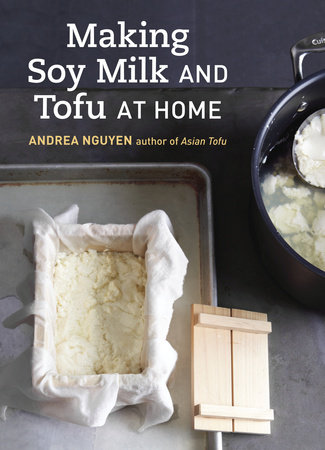 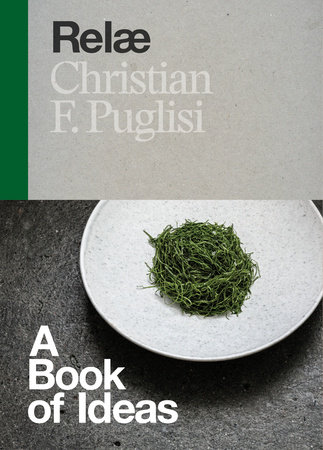 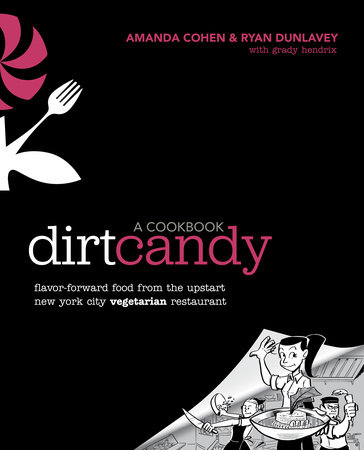 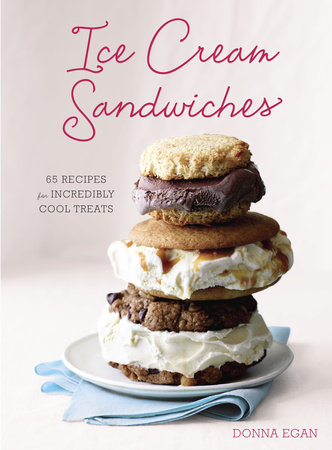 A Spoonful of Ginger

“Chang, the founder of the LuckyRice festivals, dispenses her addictively spicy dishes in this gorgeously photographed collection of modern Asian classics.” —Entertainment Weekly

“As the founder of LuckyRice, which produces Asian food festivals across the U.S., Chang knows plenty about satisfying a range of appetites. Her new cookbook covers everything from quintessential Thai to updated Korean. We’re especially impressed by her knack for using unexpected ingredients in familiar foods—kimchi tacos and pastrami egg rolls, anyone? What to try: Chang’s tomato soup includes the usual ingredients—ripe tomatoes, onion, garlic, butter, and cream—but a tablespoon of ground coriander gives it an Indian-inspired, “what is that amazing flavor?” twist that’ll have you hooked.” —O, the Oprah Magazine

“Where [Lucky Rice] shines is in the cultural explorations: Chang shares memories of her grandmother in Taiwan, discusses the US ramen boom of recent years, explains Lunar New Year culinary traditions, and more. Craving context with your spicy pork noodles? Chang’s got you covered.” —Epicurious

“An introduction to some of the most popular (and most approachable for home cooks) dishes from across Asia, like a simple ma po tofu and Indonesian fried rice. Each is accompanied by a short story that is meant to introduce the dish to readers and act as a sort of invitation, perhaps particularly for those who are new to cooking Asian cuisines.” —Tasting Table

“The recipes, all contributed by Chang herself, steer clear of pseudo-delicacies like California rolls and General Tso’s chicken. Instead, you’ll find Taiwanese beef noodle soup, Thai green curry coconut mussels and kimchi pancakes—the types of dishes fueling America’s obsession with authentic Asian flavors. Here, Chang goes deep and schools us on the variations of night markets, talks about the collision of American and Asian cultures and lets us in on how her passion for Asian cuisine led to the publication of her illuminating new book.” —Food Republic

“A lover of the bright and busy fests and a native of Taiwan where the night markets are stuff of legend, Chang dedicated much of Lucky Rice to recipes from night markets across Asia: Taiwanese beef noodle soup, curry laksa from Singapore and anything you could ever want to grill on a stick.” —Food & Wine

“A beautiful homage to Asian cuisine, Lucky Rice celebrates both classic and inspired dishes, many of which prove just how universal a bowl of rice is. A special thank-you to Danielle Chang for taking us around the world through her fabulous and inspired recipes.” —Daniel Boulud

“Lucky Rice reminds me of my time in Bangkok, Singapore, and Hong Kong. The spicy, addictive flavors of Danielle Chang’s recipes transport me on a culinary journey where I get to revisit and rediscover the exotic and aromatic foods of the East.” —Jean-Georges Vongerichten

“Lucky is the reader who buys this book! Danielle Chang brings her wildly successful festival straight to your kitchen in an informative, vibrant, and delicious way.” —Anita Lo

“I love how Lucky Rice celebrates the culinary ‘Asian invasion’ and its influence on American food today. Danielle Chang explores a wide variety of recipes and leaves no grain of rice unturned!” —Susur Lee

“Danielle is definitely someone I could have teach me a few tricks about the cuisine of the Far East. Her recipes are both exotic and simple enough to follow.” —Simply Beautiful Eating

“In 2010, Chang created the LuckyRice Festival in New York City to celebrate and promote the vast menu options of Asian cuisine. Since then, she has organized feasts, dumpling parties, and slurpfests in major cities throughout the U.S., and she brings a healthy sampling of dishes to her first cookbook. It’s a mix of traditional and unorthodox fare from Korea, China, Japan, Indonesia, and beyond. There is kimchi, of course, though it shows up in innovative ways: in a smart variation of scallion pancakes, a seafood stew alongside clams and oysters, and a kimchi Bloody Mary with sriracha that could no doubt raise the dead. There is a fascinating ramen recipe that is ‘the opposite of instant,’ wherein pigs’ feet, chicken backs, and pork leg bones simmer for 12 hours to create a milky broth . . . [and a] fun chapter of Americanized mash-ups featuring pastrami egg rolls and U.S. Army Stew (made with Spam). Chang includes numerous single-page essays on food culture, as well as a list of 10 festive menus, complete with cocktail pairings, to aid in planning a brunch or soiree.” —Publishers Weekly