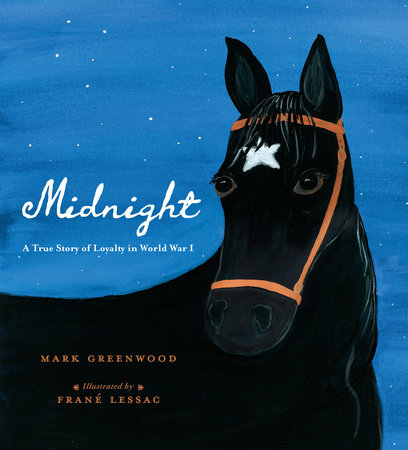 A True Story of Loyalty in World War I

At once sobering and inspiring, here is the true tale of a World War I cavalry soldier and his heroic horse, Midnight.

Guy Haydon raised and trained Midnight from the time she was a foal. The two had such a strong bond that when World War I broke out, Lieutenant Haydon slipped away from the frontlines of Gallipoli on an Egypt-bound ship to reunite with his horse. There, in the city of Beersheba, on October 31, 1917, two regiments of the Australian Light Horse Brigade took part in one of the last great cavalry charges in history. Among the first to leap the enemy trenches was Lieutenant Guy Haydon, riding Midnight—who succumbed to a bullet that might have otherwise killed her rider. In a new story from an award-winning duo, luminous illustrations and lyrical narration bring a sad moment in history to life. 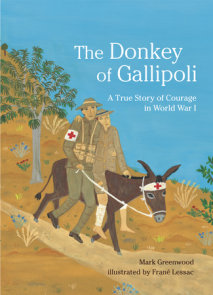 See all books by Mark Greenwood

This gorgeous picture book tells the story of a black foal named Midnight and his owner, Guy, who headed off together to the cavalry in World War I…. a suitable addition for historical units.
—School Library Journal

Useful as a facet of a larger look at World War I.
—Bulletin of the Center for Children’s Books

Lessac’s…illustrations in saturated colors set the scene and clearly express the bond between Guy and Midnight.
—Literacy Daily