The Quality of Silence Reader’s Guide 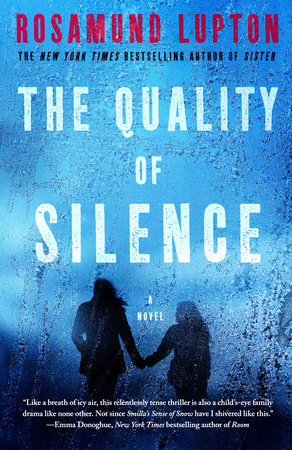 The Quality of Silence Reader’s Guide

The official guide for The Quality of Silence

1. When Yasmin learns of her husband’s death, she refuses to believe that he is dead. Did you believe in Yasmin or did you think she was being stubborn?

2. Ruby has very different relationships with her parents. They both love her tremendously but have different opinions on her using her computer to interact with the outside world. Which parenting style did you agree with more?

3. Yasmin ultimately puts her daughter Ruby at risk, taking her on this dangerous journey in freezing temperatures. Did you ever think that she was being a bad mother? Or did you understand and sympathize with her because it was an extreme situation?

4. Ruby describes how she conceptualize words as colors, shapes and ideas. What did you think of this? How do you think Ruby’s deafness impacted her narration of the story?

5. How do you think Yasmin is able to drive a massive truck on the treacherous Alaskan roads? Do you think people are able to go beyond their normal capabilities when faced with life or death situations?

6. Rosamund Lupton’s descriptions of the Alaskan wilderness are vivid and beautiful. Was it easy to imagine yourself there with Yasmin and Ruby?

7. The flashbacks interspersed throughout the story illustrate the relationship between Yasmin and Matt. Did you enjoy reading these flashbacks? What do you think they added to the story and understanding of the characters?

8. The debate of fracking arises in the novel, did you have an opinion of this practice before the novel? Do you have one now after reading The Quality of Silence?

9. The fellow truck drivers that Yasmin connects with on the radio system are very nice to her. What did you think about this community of truckers? Do you think they should have done more to stop Yasmine or was the information and support they gave her helpful?

10. Did you ever guess or speculate who the truck driver stalking Yasmin and Ruby was? Were you surprised when their identity was revealed?

11. Discuss the ending. What did you think of the crime and the motivation behind it?

12. Twitter serves as a life-saving tool in this novel. Do you think Twitter or other forms of social media have this capability to save lives or at least send out an S.O.S. in the real world?

Learn More About The Quality of Silence
print
Back to Top