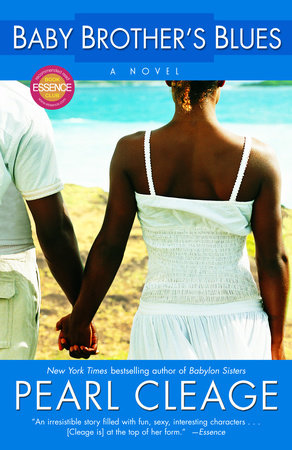 1. How do you feel about the strategy adopted by Blue Hamilton to protect his neighborhood from crime? Has traditional law enforcement failed our communities to the extent that drastic alternatives like Blue’s need to be adopted to protect its livelihoods? What approach would you think most promising or effective?

2. Precious Hargrove’s quest for higher political ofﬁce is complicated by many factors, in this novel most speciﬁcally, her son’s sexuality. Do you think today’s political elections have gotten sidetracked from the issues, or is a politician’s personal and family life relevant to their conduct and effectiveness in ofﬁce?

4. Blue has a very clear concept of past lives inﬂuencing our current lives. Do you believe in reincarnation? If so, how does this inﬂuence your life choices on a daily basis?

5. Do you believe, as General Richardson comes to, that signs from those who have passed on make it to the world of the living?

6. The war in Iraq rumbles menacingly in this book’s background. What conclusions about the war can we draw from the author’s portrayal of Baby Brother?

7. Abbie Browning is hesitant to put bars on her windows, feeling it would transform her home into a prison. What do we sacriﬁce in order to ensure our own security?

8. Captain Lee Kilgore claims to have originally wanted to idealistically stop drug dealers from shooting up the neighborhood, but she spiraled downward into corruption. How are good intentions degraded? How does one protect oneself from that sort of corruption?

9. Kwame Hargrove’s down-low sexual activities ultimately cause his family considerable turmoil. Would it have been better if he’d been honest about his tendencies? And if he had, how do you think his family would have reacted?

10. Conversely, what choices are available to Kwame’s wife, Aretha – a woman with a child, married to a good provider who is also bisexual? What would you do in her situation?

11. Do you share Samson Epps’ contempt for deserters from the military? Is there any situation where avoiding service could still be honorable?

12. After Regina Burns gets pregnant, she longs for her husband to rein in his covert activities. How realistic is it for people to get their partners to change?

13. Lee feels contempt for Precious’ expressed attitude about young criminals: that they are victimized products of their environment. Do we sometimes overly rationalize bad behavior? How much do you think environment determines our behavior?

14. Do you think Blue was right to urge General to take his own life?

15. At one point Blue contemplates the world in which his child will soon be born. How optimistic do you feel about the world that we are leaving for future generations?

Learn More About Baby Brother’s Blues
print
Back to Top