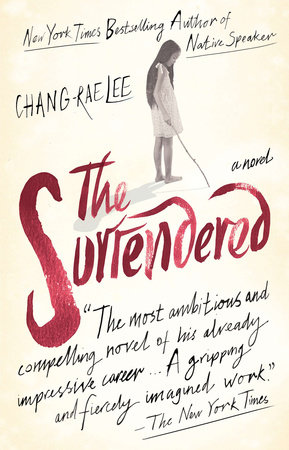 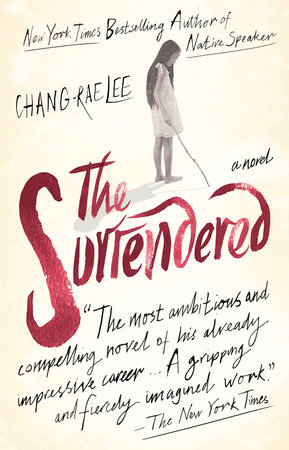 Chang-rae Lee, the bestselling and award-winning author of Native Speaker, Aloft, and My Year Abroad returns with his most ambitious novel yet-a spellbinding story of how love and war echo through an entire lifetime.

June Han was orphaned as a girl by the Korean War. Hector Brennan was a young GI who fled the petty tragedies of his small town to serve his country. When the war ended, their lives collided at a Korean orphanage, where they vied for the attention of Sylvie Tanner, a beautiful yet deeply damaged missionary.

As Lee masterfully unfurls the stunning story of June, Hector, and Sylvie, he weaves a profound meditation on the nature of heroism and sacrifice, the power of love, and the possibilities for mercy, salvation, and surrendering oneself to another.

The bestselling, award-winning writer of Native Speaker, Aloft, and My Year Abroad returns with his biggest, most ambitious novel yet: a spellbinding story of how love and war echo through an entire lifetime.

With his three critically acclaimed novels, Chang-rae Lee has established himself as one of the most talented writers of contemporary literary fiction. Now, with The Surrendered, Lee has created a book that amplifies everything we’ve seen in his previous works, and reads like nothing else. It is a brilliant, haunting, heartbreaking story about how love and war inalterably change the lives of those they touch.

June Han was only a girl when the Korean War left her orphaned; Hector Brennan was a young GI who fled the petty tragedies of his small town to serve his country. When the war ended, their lives collided at a Korean orphanage where they vied for the attentions of Sylvie Tanner, the beautiful yet deeply damaged missionary wife whose elusive love seemed to transform everything. Thirty years later and on the other side of the world, June and Hector are reunited in a plot that will force them to come to terms with the mysterious secrets of their past, and the shocking acts of love and violence that bind them together.

As Lee unfurls the stunning story of June, Hector, and Sylvie, he weaves a profound meditation on the nature of heroism and sacrifice, the power of love, and the possibilities for mercy, salvation, and surrendering oneself to another. Combining the complex themes of identity and belonging of Native Speaker and A Gesture Life with the broad range, energy, and pure storytelling gifts of Aloft, Chang-rae Lee has delivered his most ambitious, exciting, and unforgettable work yet. It is a mesmeriz­ing novel, elegantly suspenseful and deeply affecting.
Read An Excerpt
Read An Excerpt 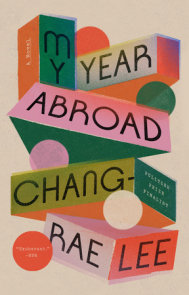 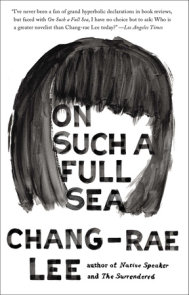 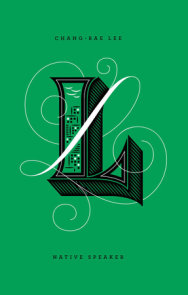 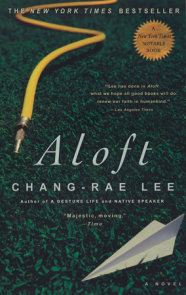 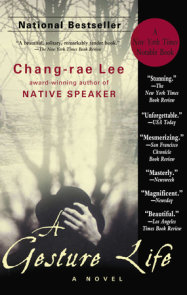 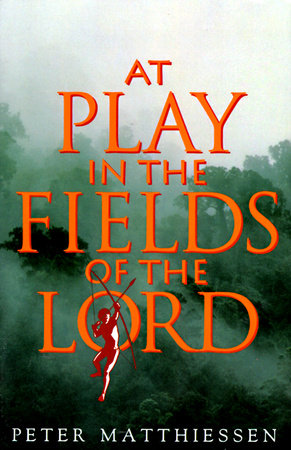 At Play in the Fields of the Lord 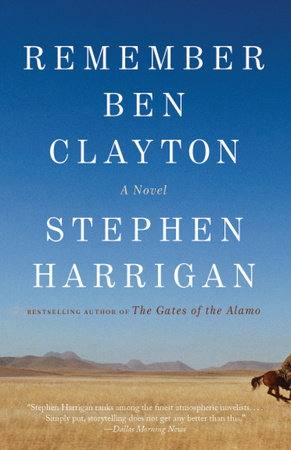 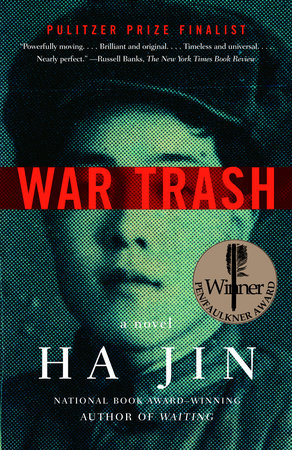 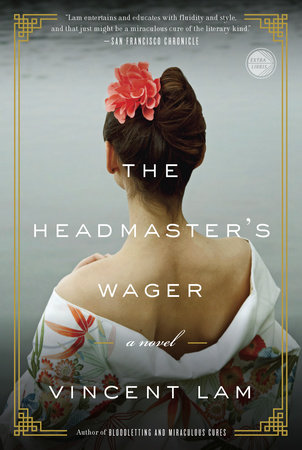 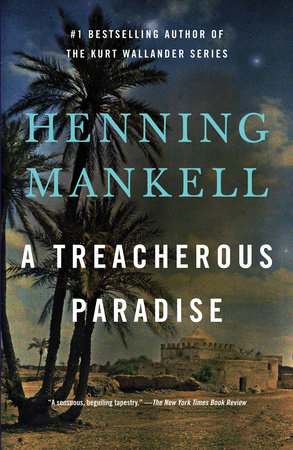 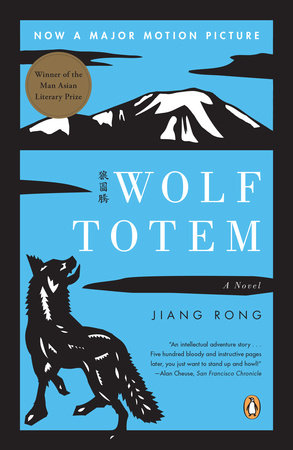 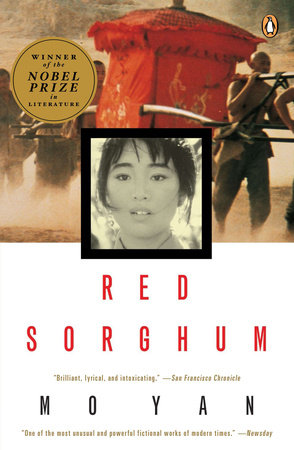 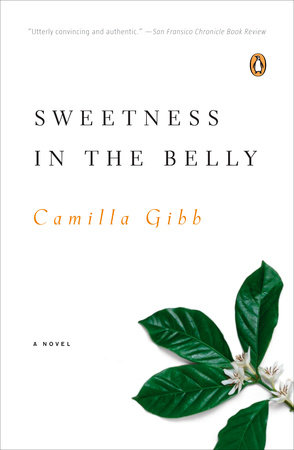 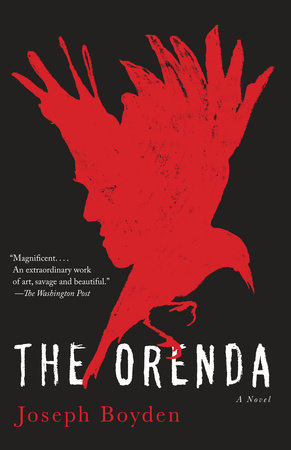 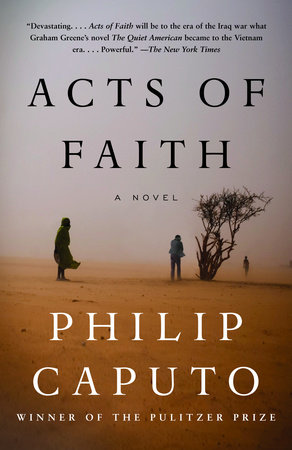 “[The Surrendered] is epic in scope, masterful in execution, heart stopping at times, and heartbreaking at others. The meticulous narrative unfolds over 52 years and across three continents. Nothing is rushed; nothing is overlooked. We can even feel the buzz of a window pane on our fingertips as rumbling Japanese military vehicles approach along a gravel road…Lee understands that in art and in stories what is perhaps most valuable is not what can be explained but what can be felt.”
–The Boston Globe

“This is not a happy book, but it is a rewarding one. The Surrendered grabs your attention-sometimes terrifying you in the process-and doesn’t let go until its final moment…Its pages are breathtakingly alive.”
–The San Francisco Chronicle

“Lee…writes dense and gorgeous prose…Lee shows great tenderness for his [characters], even as he refuses them easy redemption. The final paragraph of his beautiful and tragic novel is as sublime and transcendent as any I can remember. A.”
–Entertainment Weekly

“The narrative sweep of the novel turns out to irresistible…a novel so rich in the hearty pleasures of storytelling.”
–Salon.com

“A landmark novel about love and war. . . Chang-rae Lee’s The Surrendered . . . is impossible to put down.”
–O, The Oprah Magazine

“With his signature empathy and artistry, Lee links emotionally complex events. . . . Profoundly committed to authenticity, and in command of a remarkable gift for multidimensional metaphors, Lee dramatizes the guilt and “mystery of survival” in scenes of scalding horror and breathtaking beauty. . . . Lee has created a masterpiece of moral and psychological imagination unsparing in its illumination of the consequences of bloodshed and war.”
–Booklist (starred)

“Beautiful, riveting, piercingly haunting . . . The settings and times are masterfully interwoven to form an elegant, disturbing inquiry into courage, love, loyalty, and mercy. . . . This is a book to read in two or three long sittings, gulping pages, turning them as fast as possible to reach the perfect, inevitable ending.”
-Kate Christensen, Elle

“The odyssey of a Korean War refugee becomes first the subject of, then a haunting overture to, the award-winning Korean-American author’s fourth novel.
Lee’s introspective and interrogatory novels seek the sources of their characters’ strengths and weaknesses in their own, and their families’ stories- nowhere more powerfully than in this exhaustive chronicle of three hopeful lives tempered in the crucibles of wars and their enduring aftermaths. In a patiently developed and intermittently slowly paced narrative that covers a 30-year span and whose events occur in four countries and on three continents, the entangled histories of three protagonists are revealed. We first encounter 11-year-old June Han, traveling with her twin siblings following the deaths of their parents toward safety with their uncle’s family. June’s willed stoicism and suppression of fear serve her well in extremity, but they will have a far different effect on her later life-shaped when she is rescued by American G.I. Hector Brennan (himself in flight from the memory of a painful loss). Hector brings June to Sylvie Tanner, a minister’s wife who runs an orphanage (and whose own demons owe much to the savagery of history in another place and another time). Each character’s past, motivations and future prospects are rigorously and compassionately examined, as the author follows them after the war. In its ineffably quiet way, there really is something Tolstoyan in this searching fiction’s determination to understand the characters specifically as members of families and products of other people’s influences. The characterizations of Hector and Sylvie are astonishingly rich and complex, and the risk taken in depicting the adult June as the woman readers will hope she would not become is triumphantly vindicated.
A major achievement, likely to be remembered as one of this year’s best books.
-Kirkus (starred)

“Lee’s masterful fourth novel bursts with drama and human anguish as it documents the ravages and indelible effects of war. . . . Powerful, deeply felt, compulsively readable and imbued with moral gravity, the novel does not peter out into easy redemption. It’s a harrowing tale: bleak, haunting, often heartbreaking and not to be missed.”
–Publishers’ Weekly (starred)

“A completely engrossing story of great complexity and tragedy. Lee’s ability to describe his characters’ sufferings, both physical and mental, is extraordinarily vivid; one is left in awe of the human soul’s ability to survive the most horrific experiences.”