My House in Umbria Reader’s Guide 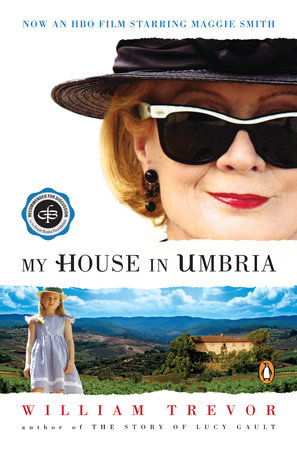 My House in Umbria Reader’s Guide

What is the difference between one’s life story and the stories one tells? This question amounts to much more than semantics when applied to Mrs. Emily Delahunty, the narrator of William Trevor’s My House in Umbria. After fleeing a seaside town in England to escape an abusive adoptive father, she travels the world, finally settling in Umbria, where circumstances suggest that she has built a new life for herself. But after a traumatic experience, her past comes rushing back. As her story unfolds, Mrs. Delahunty seems to retreat ever further into a world of her own imagining. In this manner Trevor explores two of his recurring subjects: events and circumstances that cause people to seek refuge in fictions they create themselves and the limitations that women face in a world still dominated by men. Mrs. Delahunty tries to present herself as a simple woman, but fails to conceal the inner conflicts that animate her. Rising above an incredibly difficult past, she has come to own a house in Umbria, where she lodges tourists and writes happily-ever-after romance novels. She claims, “There’s not much to me” (p. 12), and tells us that she is “not a woman of the world” (p. 1). What she later discloses disproves both statements. Mrs. Delahunty’s unfortunate origins are almost comically exaggerated—her parents, who made their living performing daring stunts with a motorcycle and what she calls “a Wall of Death,” sold her to an English couple when she was an infant. Her subsequent fate is excruciating. As she describes it, “There was the purchase of a female infant so that a man could later satisfy his base desires” (p. 144). Before making her way to Italy, she spends several years as a prostitute in Africa. After a bomb explodes on her train, Mrs. Delahunty invites three other survivors of what she calls the “outrage” to convalesce in her home—the General, an elderly Englishman; Otmar, a young German; and Aimee, an eight-year-old American girl. As they all recover together, Mrs. Delahunty alternately reveals to us details of her own life and compulsively imagines the details of her guests’ lives, seemingly unconcerned that the truth about her guests might be entirely different from what she dreams up. Why she engages in such invention is never spelled out; that her imaginings are somewhat analogous to fiction writing does not quite explain it. None of the three guests commands as much of Mrs. Delahunty’s attention as Thomas Riversmith, the cold, unemotional uncle now responsible for the orphaned Aimee. When Riversmith arrives, planning to take the child home with him, Mrs. Delahunty’s imagination begins to spin wholly out of control. She dreams about a scene in Riversmith’s childhood and becomes convinced that her dream is an accurate representation of his past. She pursues Riversmith mercilessly, embarrassingly, trying to tell him her life story, trying to prevent him from taking Aimee home to America, trying, perhaps, to seduce him. Because Mrs. Delahunty’s imagination seems ever more ungovernable, the parts of the narrative that she presents as fact gradually become suspect. Does Riversmith really live in Virginsville, Pennsylvania? Or does the town’s name reveal Mrs. Delahunty’s fear that Aimee will be sexually abused if she returns to America with Riversmith? Is Otmar somehow responsible for the bombing of the train, as Mrs. Delahunty insinuates? Why would she think him guilty, especially if there is no evidence against him? Even the name of the Italian doctor who attends to Aimee—Dr. Innocenti—strains credulity. At the end of the novel, Mrs. Delahunty reports that she no longer writes. Has her capacity to tell stories, which she says “were a help” (p. 9), been exhausted? Mrs. Delahunty ends by referring to herself as less than a person, having become merely “the presence you are familiar with” (p. 151). One wonders if she has lost the ability to invent herself, and the people around her, thus extinguishing her very desire to live.

William Trevor was born in Mitchelstown, County Cork, Ireland, in 1928. His father’s career as a bank manager led to a transient life for the family. Trevor attended over a dozen schools in provincial towns before moving to Dublin at thirteen. Of his early years, Trevor says he lived the life of a “middle-class gypsy.” Although his ambitions were modest—Trevor hoped to be a clerk in the Bank of Ireland—he was introduced to sculpture while attending St. Columba’s College in Dublin. After graduating from Trinity College, Dublin, he worked as a sculptor, supporting himself by teaching. Trevor’s art was exhibited in Dublin and in several places in England, to which he emigrated in 1953. In 1958 Trevor published his first novel, A Standard of Behaviour, to little critical success. Two years later, in need of a steady income and thinking his art had become too abstract, he gave up sculpting and took a job as a copywriter at a London advertising agency. He began writing fiction again, publishing a few short stories. His second and third novels, The Old Boys (1964) and The Boarding House (1965), both won the Hawthornden Prize. Trevor has since won numerous awards, including Great Britain’s prestigious Whitbread Novel of the Year three times, for The Children of Dynmouth (1976), Fools of Fortune (1983), and Felicia’s Journey (1994). Several of his novels have also been short-listed for the Booker Prize, including Mrs. Eckdorf in O’Neill’s Hotel (1970), The Children of Dynmouth (1976), Reading Turgenev (from Two Lives) (1991), and his latest novel, The Story of Lucy Gault (2002). Although his novels have received much recognition, Trevor describes himself as a “short story writer who likes writing novels,” and he is revered as a master of the genre. The Hill Bachelors(2000), Trevor’s most recent short story collection, received the 2001 Irish Times Irish Literature Prize for fiction. Trevor is a member of the Irish Academy of Letters and resides in Devon, England, with his wife, Jane Ryan Cox.

To escape her father’s farm, Emma marries Charles Bovary, but the life she lives never measures up to those she reads about in romance novels.

This collection of short stories examines the limited choices several generations of women face. All of the characters share origins in rural Ontario.

In this novel, set mainly in postwar New York, Emily Grimes chooses an independent path before it was considered acceptable for middle-class women. Despite brief promise, she finds only desperate loneliness.

Learn More About My House in Umbria
print

Mother In the Dark
Kayla Maiuri

The Making of Her
Bernadette Jiwa

A Map for the Missing
Belinda Huijuan Tang