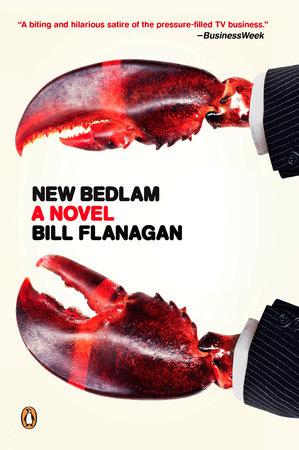 From the editorial head of MTV International and the author of the acclaimed first novel A&R comes a hugely entertaining black comedy about a big time NYC network television exec whose sudden firing forces him into a season in the wilderness as the head of a sorry family-run New England cable TV empire in the fictional town of New Bedlam, RI. Both wicked and big-hearted and often spit-take-level laugh-out-loud funny, New Bedlam is a wonderfully sharp, fun entertainment with real bite.

Bobby Kahn fired people. It was the only bad part of a job he loved. If you asked him about it he would say the same five words each of the other 24 network vice presidents said when you asked any of them: “It comes with the turf.” That’s how they talked. They were proudly unoriginal. It’s why they made good television executives. But then one day 36-year-old network golden boy Bobby Kahn of Massapequa Long Island gets the ax himself, the scapegoat for a programming scandal. As he falls from his perch, he grasps for any branch to cling to, but the only lifeline within reach is the once-unthinkably-ignominious opportunity to relocate to the Rhode Island seaside town of New Bedlam and assume the reins of a family-run cable business with a local pipeline monopoly and three small vanity stations. 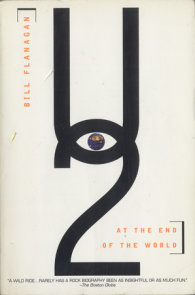 See all books by Bill Flanagan

Bill Flanagan is the author of Written in My Soul, a collection of conversations with songwriters, and U2 at the End of the World. He is Senior Vice President and Editorial Director of VH1. Flanagan has written for Vanity Fair, Rolling Stone, GQ,… More about Bill Flanagan