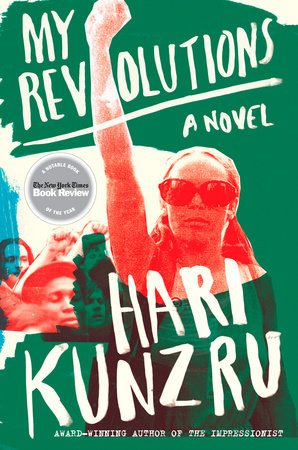 INTRODUCTION
Michael Frame plays it safe – he’s a stay-at-home, suburban dad to stepdaughter Sam and a supportive husband to businesswoman Miranda. In fact, as far as Sam and Miranda are concerned, Michael’s past is a vague but uncomplicated territory – it’s almost as if he didn’t exist before he came into their lives.

This is almost the truth. Michael Frame is not who he says he is; he is not who he has been for the past two decades. He’s actually Chris Carver, a fugitive from the law and ex-member of one of the most volatile and infamous revolutionary groups of 1960s and 70s London. He’s managed to keep his former identity a secret, however, and to forget about this tumultuous part of his existence, until two chance encounters force him to face his past.

While on holiday in France with Miranda, Chris sees someone he never thought to see again: Anna, the charismatic and passionate leader of the protest-cum-terrorist group to which he once pledged allegiance – a woman who supposedly died while seizing an embassy in Copenhagen. And on his return from France, Chris finds himself confronted by a mysterious man named Miles, someone who wants Chris to recognize the person he once was and publicly admit to his former transgressions against the government, risking the life he’s worked so hard to build with Miranda and Samantha, under the identity of Michael Frame.

My Revolutions is a book about coming full circle: about coming to terms with one’s mistakes and fears, and sifting through memory and emotion for the greater truth. By remembering who he used to be, Chris becomes more comfortable with the idea of who he’s become: a man with regret and sorrow, a man who no longer fights for peace in the world, but instead seeks to find some small semblance of it within his own person.

Hari Kunzru, author of the award-winning and bestselling novel The Impressionist, was named as one ofGranta’s “20 Best Fiction Writers Under 40.” The Impressionist was a Los Angeles Times Book Prize finalist; was shortlisted for the Guardian First Book Award, the Whitbread First Novel Award, and a British Book Award; and was one of Publishers Weekly’s Best Novels of 2002. Kunzru has written for a variety of English and international publications, including The Guardian, Daily Telegraph, The London Review of Books, and Wired.

Learn More About My Revolutions
print
Back to Top