The Other Woman Reader’s Guide 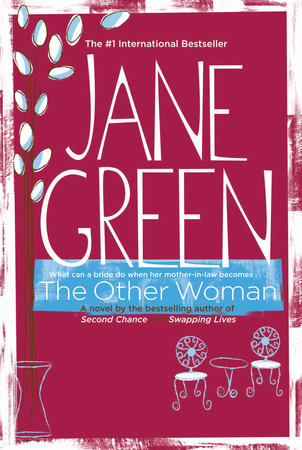 The Other Woman Reader’s Guide

print
The Other Woman Reader’s Guide

INTRODUCTION
What’s the only thing worse than a mother-in-law who can’t stand you? One who wants to be your best friend. Ellie thinks she’s marrying into the ideal family but soon realizes that her perfect mother-in-law, Linda, can be a perfect monster. What Linda thinks is generous and affectionate, Ellie sees as manipulative and invasive; from commandeering the wedding to crowding the vacation plans, Ellie can’t escape her mother-in-law’s meddling. To make matters worse, her husband, Dan, offers little support in the escalating struggles between mother- and daughter-in-law. Are his twice-daily phone calls to Linda really necessary—or even normal? How will the arrival of baby Tom affect the family? When will Michael, Linda’s submissive husband, finally stand up to his wife? Ellie has always dreamed of having a close-knit family and now she’s discovering what happens when wishes come true.

A tender, engrossing read, Jane Green’s The Other Woman is the latest in her string of highly successful novels about love, family, and friendship. Her sparkling prose and lively humor have captured the hearts of readers on both sides of the Atlantic, and this newest novel highlights her wit as well as her warmth for and understanding of human relationships. With a nuanced eye for detail and expression, Green reveals not only the frustrations and compromises involved with family life, but also the ever-evolving nature of female friendship. As Ellie navigates through marriage and motherhood, she finds her friends enhancing but also complicating her life with their own desires and limitations. Yet when events take a poignant turn, Ellie finds herself reaching out to the one friend she never imagined needing: Linda.

Flawed, ambivalent but ultimately hopeful and resilient, Ellie Cooper is a heroine readers can identify with and cheer for as she moves through the stages of her life, from single woman to married mom and back—and back again. Life, with all its complications, will never be the idyll that Ellie expects, and as she learns to accept the flaws in her family and friends, she also recognizes and remedies the flaws in herself. A journey of growth, experience and forgiveness, Jane Green’s novel will resonate with readers seeking an honest portrait of modern domestic life. Rather than relying on storybook cliché, Green’sThe Other Woman reveals the true give-and-take involved in building an extended family, proving that happy endings don’t happen without hard work.

Jane Green is one of the preeminent names in commercial women’s fiction. Her novels have all been bestsellers in Britain. In the United States, To Have and to Hold hit the New York Times bestseller list andThe Other Woman, Bookends, and Babyville appeared on the extended bestseller list for hardcover fiction. .

A CONVERSATION WITH JANE GREEN
Would you discuss the inspiration for this novel and how it relates to your previous books?

My books tend to have charted my life experiences and themes that crop up at different times that interest me. Being married with four children, I found it fascinating how often mothers-in-law were the topic of conversation amongst women my age and how almost everyone has a story to tell. I started thinking about what a complex and difficult relationship it is and tried to see it from both sides—the challenges of inheriting a second mother and then the converse view of suddenly not being the most important woman in your son’s life anymore.

You’ve had a successful writing career, building a large fan base in both the UK and the United States. Is there any difference between your British and American readers in terms of their expectations of or reactions to your work?

Different books seem to be popular in the respective countries. A lot of Americans loved Bookends, which was one of the less popular books in the UK—loved partly over here, I’m sure, because it is so quintessentially British. Jemima J is still the book that inspires the strongest reactions both here and in the UK—people love it or hate it.

Do you have an ideal reader in mind as you write each novel? If so, whom did you have in mind when writing The Other Woman?

I’m constantly surprised by the people who read my books and so don’t tend to have a reader in mind. I receive letters from twelve-year-olds through to women in their seventies, plus of course there are the letters from men. My aim is that my books still have an emotional honesty that resonates with women, and more so if they’ve experienced the things I’m writing about. But my themes tend to be universal, and my hope is that even if the girls reading my books haven’t reached motherhood and mother-in-law-dom yet, at some point they will, at which point they will revisit. I don’t think the absence of direct experience makes the book less enjoyable; it just becomes a different experience.

The Other Woman is narrated in Ellie’s intimate yet casual voice, and her personality resonates from the very first page. Is it difficult to create that sense of instant familiarity between reader and character?

Ellie is a charmingly flawed character, which allows readers to relate to her struggles as their own. Are there any fictional heroines whom you identify with or admire? Have they influenced the characters you create?

Whenever I’m asked questions like this I’m tempted to come up with some extraordinarily intellectual response or, at the very least, some intelligent heroines, Madame Bovary perhaps, or Jane Eyre. But the truth is I have no memory whatsoever, and although I am a voracious reader, characters rarely stay with me very long.

Both Ellie and Emma struggle with Linda’s expectations and behavior. Why do you think the mother/daughter dynamic is often so challenging? Did you find in writing these conflicts that your allegiance rested more with one character than others?

The more I wrote from Linda’s perspective, the more sympathetic I found her. I remember very clearly when I came up with this idea that I didn’t want to do the obvious: I didn’t want to write about a mother-in-law who thought the daughter-in-law wasn’t good enough for the darling son. I think it is far more common to find mothers-in-law who have all the right intentions, who think they are doing the right thing in welcoming a new daughter into the bosom of the family, in phoning all the time in a bid to befriend her, in being what they perceive to be simply a warm, loving mother, and for the daughter-in-law to feel completely overwhelmed by this unwanted attention. And I do also think it true that we so rarely realize that we are never just marrying the man, we are always marrying his family.

Where do you see Ellie progressing after the end of the novel? What is the main experience you’d like your readers to gain from their time with her?

Forgiveness. That all of us are human, and all of us are flawed, and that it shouldn’t be held against us. Ellie is so angry when we first meet her, and, as with so many women, is softened by motherhood, but not before experiencing some of that awful hormonal postpartum madness. I also love the idea of acceptance. That everything is exactly how it is supposed to be, and once you stop fighting it and accept it, life inevitably runs far more smoothly.

Do you organize your novels in advance or do they develop of their own accord?

I tend to organize them in thirds. I always start off with a theme, an underlying message, and have a rough idea of the beginning, middle and end. I only plot them out in thirds, though, because generally by the time I’ve reached the end of the first third the story has gone in a completely different direction: characters who I thought were crucial often turn out to be irrelevant and naturally vice versa.

Are you currently writing anything? What are your plans for the future?

I have just finished a novella that will be coming out as part of a three-author collection just before Christmas 2005 and am trying to work up the discipline to sit down and start my next novel. I have my idea, my theme, and even my title and am in the middle of jotting notes about the characters. Occasionally I have written books with no idea of where the story is going—Straight Talking and Bookends come to mind—but these days I have to have more of an idea as I have to be more disciplined—I don’t have the luxury of spending all day idling at my computer as I let my imagination pour forth. These days I’m lucky if I can squeeze in three hours.

Learn More About The Other Woman
print
Back to Top