The Girls’ Guide to Hunting and Fishing Reader’s Guide 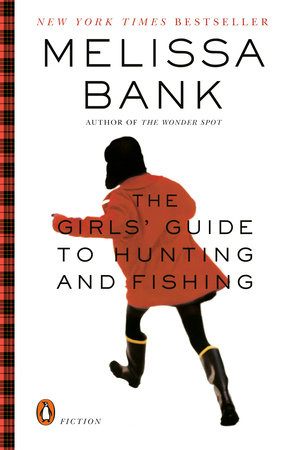 The Girls’ Guide to Hunting and Fishing Reader’s Guide

print
The Girls’ Guide to Hunting and Fishing Reader’s Guide

“I saw my life in scale: it was just my life. It was not momentous . . . I saw myself the way I’d seen the cleaning woman in the building across the street. I was just one person in one window. Nobody was watching, except me.”

In The Girls’ Guide to Hunting and Fishing, Melissa Bank’s crisp, witty, and revealing stories offer poignant glimpses of Jane Rosenal’s spirited search for true love, self-understanding, and a fulfilling career. It is as though Bank has trained a telescope on the lit window of an adjacent apartment building, coaxing the reader to glean from the actions of its occupants the behavior patterns of East Coast urbanites.

Throughout the book there is a big-city quality of being simultaneously close to and far from other people. In one story, Jane’s frustrated lover Archie Knox asks her if she knows Dante’s definition of hell. “Proximity without intimacy,” he tells her. Indeed, intimacy is a scarce commodity in The Girls’ Guide, and in her quest for it, Jane shares the world-weary trudge and tragic sense of humor bequeathed to all who expect to make sense of life or to understand love. Bank’s use of humor to deflect despair have conjured for many the ghost of J.D. Salinger’s Holden Caulfield, slunk in his Macintosh (coat, not laptop). A familiar aura of sweetness and loss reminiscent of Salinger is palpable from the first pages of the book, when we meet Jane’s older brother Henry, who, by introducing his “mature” girlfriend to the family has indelibly altered the paradigm of familial relationships with which young Jane is accustomed.

In the face of these changes, Jane soldiers on, looking to parents and brothers, girlfriends, lovers, and the self-help section in search of rules to explain it all. As the epigraphs to the stories indicate, almost any set of rules might do as well as the next. Sailing guide or feminist manifesto, older lover or typewriter manual, the facts of life are everywhere, and everywhere equally contrary, obtuse, without context, incomplete. Despite life’s capriciousness, Jane resourcefully divines lessons from whatever and whomever is at hand, whether her great-aunt Rita (look up when you walk, tilt your chin, try to appear captivated) or lonely neighbor Oliver Biddle, whose shortcomings teenage Jane quickly distills: “Oliver Biddle was who you became if you couldn’t find anyone to love except your parents.”

Where there are rules, there are games, and the people in Jane’s life are always playing games. From tennis to poker to name-the-capital, they play games for fun, for sport, out of boredom, out of fear, and out of love. Sometimes they play them on purpose, often they can’t help themselves, and at other times they don’t even know they’re playing. Worst of all, the rules, assuming there are any, aren’t spelled out for the uninitiated. One is expected to watch, listen, and then jump in. In St. Croix, when the group plays poker, Jane says, “Don’t you think you should have told me the rules?” and Yves says, “It’s just a game.” But Jane knows as well as the others that what they are playing is more than poker and the rules are far too complex to explain. At another point, Jane tells her mom “You can’t expect everyone to know your rules.” Ironically, people do expect everyone to know their rules, even when they are not aware of having any.

Bank herself plays games, assuming her readers will watch carefully and catch on. Ever deft at conveying much with little, Bank fleetingly introduces Nina and Ben Solomon, the neighbors from “The Best Possible Light,” when sixteen-year-old Jane and her grandmother sip brandy on the terrace in “My Old Man.” The Solomons come out on the larger terrace downstairs to share a cigarette. “The woman stood against the wall, with her arms crossed.” Jane notices and asks, “Who lives there?” In a book as spare and meticulous as The Girls’ Guide, Nina’s crossed arms and Jane’s curiosity carry weight. There is nothing about this moment to indicate levity, and though we are given very little information about the couple, their image lingers and one wonders what becomes of them.

In the next story, Bank takes us downstairs for a better look at Nina Solomon and her kids, years later, sans Ben. (We don’t know it’s the Solomons for quite a while, but that’s part of the game.) It is a portrait of a family committed to questioning society’s generally accepted rules. We have seen that Jane’s family follows rules, even subtle household gender codes. When Henry brings home his girlfriend, he and his dad go sailboat shopping while the girls walk on the beach and talk about fancy dishware. In contrast, the Solomons test the validity of every rule. “The Best Possible Light” is like a multi-generational study of unconventional child-rearing practices (ironically kicked off with a quotation from Dr. Spock). On the night of the story, Barney, Nina’s son, discloses that his ex-wife is pregnant with his child, as is his current girlfriend. Reactions are mixed, though one sister’s Italian boyfriend—a representative from the epitome of traditional families—offers his evaluation, saying as he leaves, “I think you are a good family,” a resounding endorsement for the wisdom of the Solomons’ ways.

The guardians of social mores are everywhere. We hear voices of instruction in advertisements, books, family, lovers, handbooks to anything from bringing up a baby to being a Girl Scout, even from people Jane’s never met, such as Nina Solomon. Codes of behavior and expectations don’t have to be articulated, they’ve been insinuated into our every gesture. They are impossible to avoid.

In the final story, befuddled by experience, Jane conducts a behavioral experiment against her own intuition. Suppose the relationship between a man and a woman is not love under a veneer of games, but a game under a veneer of love? In the regimented romantic life she launches with the help of How to Meet and Marry Mr. Right, falling in love is a test of wills, structured like a game, a hunt, or a formal dance. It’s not surprising that when Jane hits the dance floor for single’s night, she goes to a square dance, that thoroughly structured exchange between the sexes, where a caller directs the moves and changing partners is just part of the dance.

Jane’s rejection of this last hypothesis about how people love each other marks her arrival at autonomy. The self-confidence that strengthened after her father’s death and faltered with her foray into the self-help section, returns, triumphantly, when she discovers the validity of her instincts. In an interview, Bank commented, “Someone asked me how the book might be described. I think it would be “Girl meets boy, girl loses self, girl gets self.'” Ultimately, the big game being pursued in The Girls’ Guide to Hunting and Fishing is not a guy, it’s Jane herself. It doesn’t matter if her relationship with Robert at the end of the book flourishes or fails, she has transcended the rules and moved on to a more authentic intimacy.

Hailed by critics as the debut of a major literary voice, The Girls’ Guide to Hunting and Fishing has captivated readers and dominated bestseller lists. Generous-hearted and wickedly insightful, it maps the progress of Jane Rosenal as she sets out on a personal and spirited expedition through the perilous terrain of sex, love, relationships, and the treacherous waters of the workplace. With an unforgettable comic touch, Bank skillfully teases out universal issues, puts a clever, new spin on the mating dance, and captures in perfect pitch what it’s like to be a young woman coming of age in America today.

Melissa Bank won the 1993 Nelson Algren Award for short fiction. She has published stories in the Chicago Tribune, Zoetrope, The North American Review, Other Voices, and Ascent. Her work has also been heard on “Selected Shorts” on National Public Radio. She holds an MFA from Cornell University and divides her time between New York City and Sag Harbor, Long Island.

“Truly poignant?There is an exquisite honesty to Jane’s relationships.” —Time

“In this swinging, funny, and tender study of contemporary relationships, Bank refutes once and for all the popular notion of neurotic thirtysomething single women.” —Entertainment Weekly

“A funny, fresh Baedeker of the alternately confusing and empowering state of being female in the late-twentieth century America.”—Elle

“Worth its weight in gold wedding bands.” —The New Yorker

Learn More About The Girls’ Guide to Hunting and Fishing
print

Fear of Flying
Back to Top