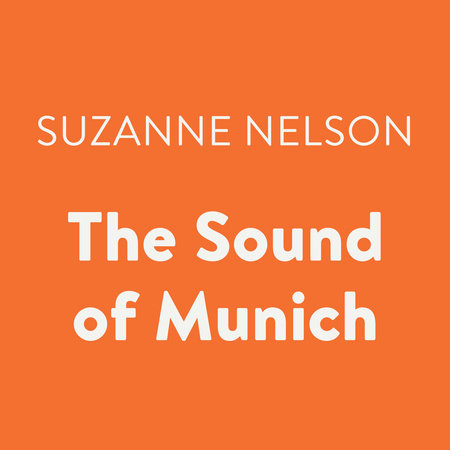 The Sound of Munich

About The Sound of Munich

Siena Bernstein is leaving her yoga mat behind for a semester of study abroad in Munich. She’s thrilled with the prospect of a German adventure (her horoscope is encouraging as well), but she hopes to make more than just her dreams come true while she’s there. Siena’s dad, who passed away when she was a baby, kept a “Carpe Diem” list—sort of his top-ten adventurous things to do. He completed all but one of the tasks—going to Germany to thank the man who helped smuggle his family past the Berlin Wall. Amidst her adventures in biergartens, Alpine skiing, and a rigorous course load, Siena is on a quest to complete her father’s list. But she’s also set on having the best possible time while she tries. With the help of two new best buds and a handsome RA in her dorm, she’ll surely succeed.

Listen to a sample from The Sound of Munich 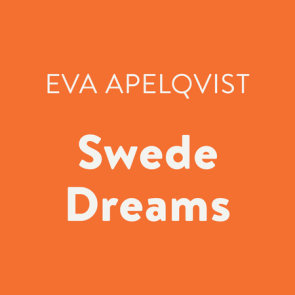 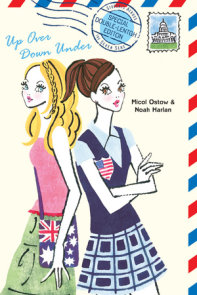 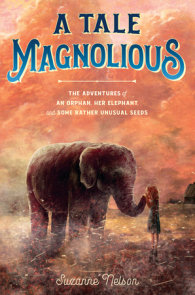 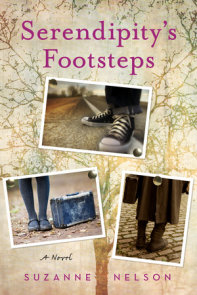 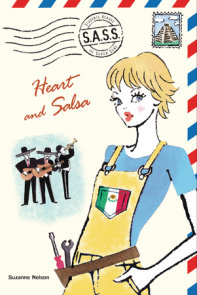 See all books by Suzanne Nelson

Suzanne Nelson is a former children’s book editor. She is the author of Serendipity’s Footsteps, published by Knopf BFYR in 2015, as well as many paperback originals, including Cake Pop Crush. She lives with her family in Ridgefield, Connecticut. Find… More about Suzanne Nelson

Country you wrote about: Germany

Why did you choose to write about Germany? Many of my ancestors came from Germany, so I always felt a special tie to the country. My great-great-great-great-great-great grandfather was a German Hessian soldier who came to America to fight against the colonists during the Revolutionary War. (He was hired from the redcoats!) But after the war, he decided he liked the United States so much thathe moved to Pennsylvania with his family and became a farmer. My family still cooks traditional German meals and some of them even speak a little bit of Pennsylvania Dutch, which grows out of German and Dutch languages. So after visiting Germany, I decided I wanted to write about it as a way to honor my family’s past.

What was your favorite place to visit in Germany and Austria? I loved the town of Heidelberg, Germany because of its beautiful, magical-looking castle and its quaint cobblestone streets. But I also loved visiting Munich because of the delicious food, amazing museums, and friendly people.

What was your favorite food? Sausage and sauerkraut with spicy mustard in the beer gardens. I couldn’t get enough of it!

What was your favorite souvenir? The deluxe, special edition Sound of Music souvenir book that I bought after my 4-hour panoramic Sound of Music tour in Salzburg, Austria. It revealed the Truth (with a capital “T”) behind the filming of the Sound of Music movie, and about the real von Trapp family singers.

What was the most surprising/memorable cultural difference you noticed? Everyone in Germany was so friendly. In the beer gardens, complete strangers would sit down with each other and strike up conversations. It was nice to feel so welcome everywhere I went. Munich has a very social atmosphere that was as cozy and comforting as the yummy food! Another thing that sticks out in my mind is that the pillows in all the hotels I stayed at were triangular. Strange, but very comfortable!

What was your funniest experience? When I got to Munich, I desperately needed to do laundry (Don’t ask how long it had been since I’d washed my meager collection of backpacking clothes….I’ll never tell.) I walked from the train station to the first laundromat I could find, but that was where the confusion began. I couldn’t figure out how to get tokens for the washers. Then, I had to do battle with the detergent dispenser. I had to place a plastic cup under the dispenser and then a cascade of detergent would fall neatly into the cup. This didn’t work the way it was supposed to, and my detergent ended up all over the floor instead of in the cup. The old man who ran the laundromat had a white mustache that curled all the way up to touch his cheekbones, and he tried to be helpful, but he barely spoke any English. When I finally got the detergent and tokens into the washer, I told him that I needed to wash my clothes with cold water. “Where is the temperature gauge on the washer for ‘cold,’?” I asked him. He responded by laughing and saying, “Oh yes, we have cold wash here.”

“In the river!” he exclaimed with a giggle.

Needless to say, my clothes were washed in hot water at the laundromat, and even though they shrunk a little, I decided tight clothes were better than river-dunked ones.

Is your main character like you in any way? Are your characters based on anyone in your “real” life? Creating Siena, the heroine in The Sound of Munich, was a special challenge for me. She’s very ecclectic, bohemian, self-assured, and laid back—pretty much the exact opposite of what I was like in high school. In fact, I wasn’t even sure at the beginning whether I could write her character believably, because she was so different from me. But once I got started, I had a great time inventing her. I think she represents everything I wanted to be in high school but never had the courage to be, and I’m glad she’s a part of the world now. Siena is a mix of a lot of friends I’ve had throughout my life, and part of myself too. Every character I write has a little bit of reality mixed in with a lot of fiction.

What made you want to become a writer? When I was in second grade, I filled out a questionnaire for school asking me what I wanted to be when I grew up and my answer was, “a riter.” Sure, I couldn’t spell the word, but I knew it was what I wanted to be. When I was seven, I had a big blue spiral notebook that I carried around with me all the time and filled with poems like “Elmer Fudd, He Likes Mud” and “Why I Love My Little Sister” (This particular poem I’m pretty sure was written under parental duress after a fight with my sister). I started with one notebook, and since then have filled about a dozen journals and several computers with stories, brainstorms, and life experiences (although I’ve moved away from the Elmer Fudd poetry, thank goodness). Writing has always been and always will be a huge part of my life. I love it, and I need to write, just like I need to eat and breathe, so I’ll never give it up.

Is there anything else you’d like to tell readers? Travel as much as you can—by yourself and with your friends and family! The world is an incredible place to learn from, live in, and love. So, carpe diem!

Looking for More Great Reads?
Discover Book Picks from the CEO of Penguin Random House US
Download Hi Res
The Sound of Munich

The Sound of Munich