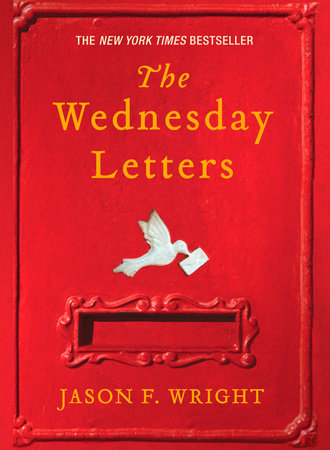 INTRODUCTION
Jack and Laurel Cooper are rare souls who have led quiet but exceptional lives. After a 39-year-marriage during which they raised a family and fulfilled their dream of operating a bed & breakfast in Virginia’s Shenandoah Valley, the two die in each other’s arms. Throughout their time on earth, they opened up their home and hearts and touched countless lives, but they’ve left behind a complicated legacy that their children must now decipher.

While sorting through her parents’ belongings, Samantha discovers a hidden trove of letters that Jack had apparently written to Laurel every Wednesday up until the night they passed. Sam and her brothers, Matthew and Malcolm, eagerly devour them. Like the day-to-day business of marriage itself, their father’s letters are sometimes goofy, sometimes serious, and sometimes banal, but each of the three Cooper children is at a crossroads, and reading the letters—and uncovering their parents’ shocking secret—transforms them in surprising ways.

Matthew, the eldest son, wears the trappings of success. He is a driven businessman but his home life feels empty. He and his wife, Monica, have not been blessed with children and they are drifting further and further apart. She has chosen not to make the journey from Boston to attend her in-laws’ funeral and Matthew is painfully conscience of her absence.

Samantha was an aspiring actress until her ex-husband crushed those dreams. Now, she works as a police officer in Woodstock near Domus Jefferson, her parents’ B&B. The single mother of a young daughter, Sam struggles with feelings of bitterness towards her ex while tentatively nurturing the hope that she may again act on the stage. And as her brothers fall into their familiar bickering, Sam finds herself—once again—mediating between them.

Malcolm’s return home is the most troubled. Two years ago, the youngest Cooper fled Woodstock as a fugitive after seriously injuring a man in a bar brawl. But the law is the least of Malcolm’s worries. Rain, his parents’ most valued employee and the love of his life, is engaged to another man. Malcolm is already struggling with sadness, anger, and hope when the letters expose a secret that leaves him reeling.

Interweaving an account of the days approaching the funeral with Jack’s guileless letters, The Wednesday Letters is as delightful to read as it is inspiring. In his deeply affecting new novel, Jason Wright, author of Christmas Jars and Recovering Charles, offers a heart-warming portrait of an unforgettable marriage and a riveting account of one family’s journey to forgiveness.

ABOUT JASON F. WRIGHT
Jason F. Wright is the national bestselling author of Christmas Jars. He’s also a consultant whose editorial articles on politics, pop culture, and public policy have appeared in newspapers and magazines nationwide. He serves as founder and managing editor of the widely read political destination, PoliticalDerby.com.

Jason fell in love with Virginia’s Shenandoah Valley while researching the area for The Wednesday Letters, and with the enthusiastic blessing of his wife, Kodi, he recently relocated with her and their four children to the historic town of Woodstock. A sign on their door says, “Friends welcome. Family by appointment only.”

Learn More About The Wednesday Letters
print
Back to Top