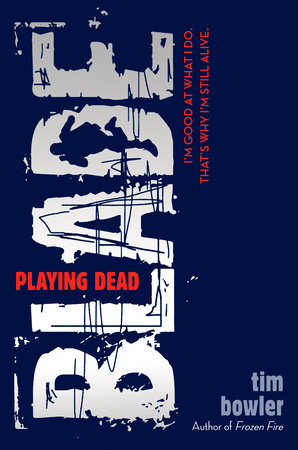 Nobody knows the city like Blade. He lives on his own, by his wits – you have to when you’re on the run from your past. Blade is practically invisible, until one day when he gets jumped by a gang and finds himself being pursued by a bunch of thugs. Even worse, he’s unintentionally picked up a couple of followers: sixteen-year-old Becky and her daughter, Jaz. Before he knows it, Blade is leading the two girls on a chase through the streets of London, and he’ll need to find a way to outsmart the people after them in order to make it out alive.

Tim Bowler is the author of numerous acclaimed novels for teenagers and is the recipient of many honors, including the prestigious Carnegie Medal for his third novel, River Boy. He lives in Devon, England.