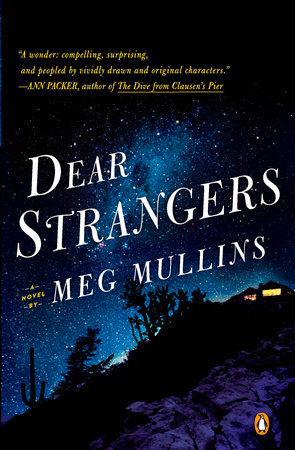 Twenty-one years ago, Oliver and Mary Finley were two young kids eagerly anticipating a newcomer in their idyllic suburban home: an adopted baby brother. On one summer afternoon, however, their beloved father died suddenly of a heart attack. Their mother, aggrieved and overwhelmed, married the next-door neighbor and gave the baby back.

Now twenty-eight, Oliver can’t seem to let go of the past, and he can’t forgive his mother. A solitary eccentric, Oliver still lives in the high-desert town where he grew up, and he runs a videography business, making commissioned films to commemorate the dead. In his spare time, he spins the material into longer, more elaborate works for his own collection. Obsessed with his own losses, he has lately taken to staging photos of himself as his father and stalking a young supermarket clerk whose birthmark matches his long-lost brother’s. Oliver is convinced that Jared will want to know of their shared history and that he can maybe even make up for the wrongs his family has suffered—if only he can work up the nerve to approach him.

Mary, meanwhile, has become a flight attendant, giving up an early dream to follow her father into the medical profession. Her chosen career allows her to comfortably soar above her unresolved pain on earth and avoid all intimate relationships.

Only the widowed Betsy Finley, now Mrs. Scrap, seems to be content—she has aged into a quiet marriage to the man Oliver calls Mr. Nice Guy. She wishes her children would move on, too.

The peaceful Scrap household is disrupted, however, when Mr. Nice Guy, a divorce lawyer, crosses paths with a volatile scorned husband who threatens his life. In the meantime, Oliver meets Miranda, a likeminded photographer. Oliver is moved by her compelling work—she contacts strangers in advance by letter and, with their approval, takes photos of them from a distance—and he starts to join her on her nightly art-seeking missions. What Oliver doesn’t know is that, just as their romance is blossoming, one of Miranda’s letters will be arriving very close to home, and the results will be explosive for all of them.

In an apt follow-up to her acclaimed debut The Rug Merchant, Meg Mullins continues to explore the impact of lost loves and unexpected connections on our lives. As the narratives of her characters converge, Mullins’s powerful story charges forward to its inevitable conclusion. Brimming with insight and empathy, Dear Strangers is an extraordinary novel of family, fate and acceptance.

Meg Mullins was born and raised in New Mexico. She attended Barnard College and holds an MFA from Columbia University. The short story that became the opening chapter of her first novel, The Rug Merchant, was selected by Sue Miller for The Best American Short Stories 2002. Her stories have also appeared inThe Iowa Review, The Baltimore Review, and TriQuarterly. She lives in Albuquerque, New Mexico, with her husband and children.

A CONVERSATION WITH MEG MULLINS

Q. This book concerns multiple characters and plotlines that ultimately coalesce into one climax. Did you start with one story when you began writing and discover the others along the way, or were they all in place from the beginning?

I was definitely interested in multiple storylines. I had decided that my goal for the book was simply to be as ambitious as I could—in other words, to find a huge, scary challenge and bind myself to it for three years. Because The Rug Merchant had been really a book with only three characters, the idea of managing not just more characters, but more stories, met the criteria of seeming quite terrifying to me. So I was looking for a plot or a group of characters that would lend itself to multiple storylines. I’ve said before that this story was literally handed to me on a very sad day when my husband’s family was mourning the death of an infant. I was told of an actual tragedy much like Oliver’s and his family’s experience: the loss of a father and then the decision to forgo a pending adoption. I was struck by this remark: “At the time, the child’s loss of their imaginary sibling seemed more devastating than the loss of their father.” That statement propelled my imagination in a big way.

Q. There are two losses for the Finley family—the loss of their father and the loss of the adopted sibling—and each family member seems to express their grief differently, without ever fully coming to terms with what has happened. Is grief, by definition, an incomplete process?

How can it be anything but? I don’t think there’s ever a day when you wake up and say, “Oh, that’s done.” Grief evolves and it also doesn’t. I think we can all access the intensity of emotion that we’ve felt just after losing someone important. But usually, we practice dulling the intensity of that pain and we get very good at it. Oliver, however, is not interested in practicing anything that feels like another loss. He understands the mellowing of his grief to be synonymous with the mellowing of his memories.

Q. You’ve done a wonderful job evoking the pervasive nature of memory, how it can bleed into the present—in particular, we see this in Oliver’s nostalgia for his childhood. What are some of the technical challenges in creating this fluid sense of time in your writing?

Thank you. Actually, I think that a character’s memory is a great tool in writing. It does allow for a fluidity of time that you struggle with otherwise. I’m not talking so much about flashbacks, but more the way in which our sensorial memory gives us gifts of time and place. For instance, Oliver’s car is nearly identical to the one he remembers his father driving. So, my job is that much easier because it’s quite obvious that Oliver will remember things while driving that car that he would be much harder pressed to remember while driving, say, a Prius.

Q. One of the most interesting moments in the book is when Oliver stages a photo of himself as his father. Do you see this, as Miranda does, as an “art project,” as an act of emotional desperation, or something else?

Is there a difference between art and emotional desperation? I’m joking, but I think that Miranda’s point is that Oliver needs to change his intentionality. He can take his pain that is stalling his life and actually use it to power his life. Just like with grief, you can fixate on the memories of your loved one in order to feel the loss over and over, or you can hold tight to the memories as evidence of your good fortune to have loved so well. I think when we meet Oliver, he doesn’t really have any intention in terms of why he’s doing what he’s doing; he’s not fully engaged in the question of why. Miranda pushes him to explore his own motives.

Q. The tension between privacy and outward appearances seems to be a central one in this book—in Miranda’s art, but also in Jared’s life, in the Scraps’ household, and even in the Redondo household. What drew you to this theme?

I think this theme is quite common in literature. Writers seem drawn to the act of writing precisely because it does allow a private voice to be given to all kinds of people—some of whom we think we know perfectly well, until we go home with them, and some of whom we cannot possibly imagine knowing, until as the pages go by, we realize that they’re more like ourselves that we’d ever thought possible.

Q. The character of Miranda, watching everything from a distance and offering both reassurance and the occasional difficult truth to the people around her, might be seen as a fictional stand-in for the author. Did you think of her this way when writing the book?

I do think of her as the “sane” character, but I’m not claiming anything about my own sanity. Mostly, she’s an outsider to the Finley/Scrap family so she can see things more objectively. Her distance, in this instance, allows her greater clarity.

Q. Miranda’s art—the idea of watching a stranger who agrees to be watched—is fascinating. What inspired you to write about this type of work?

Q. In many ways, the story revolves around Jared, but as a character, he’s left undeveloped, a kind of mysterious cipher. What was behind this authorial decision? Do you feel as though you know him, or is he mysterious even to you?

To tell you the truth, I struggled a lot in the beginning with whether or not Jared is actually who Oliver believes he is. Then, I realized that it doesn’t matter. What matters, obviously, is what Oliver believes. So, I intentionally did not want to reveal a lot about him because I didn’t want the reader looking for clues and thinking they knew more than Oliver. Only the reader knows what Oliver knows about Jared.

Q. There’s a sense, throughout this book, that our lives are fated—whether it’s a chance meeting between characters or a tragic ending to a difficult life like Jared’s. Is that a guiding force for you as a writer? Can it be liberating?

Hmm. I really don’t know what I believe about fate. I would imagine that it could be quite liberating to believe wholeheartedly in a force that is in charge of our destinies. For me, though, it also seems shackling. I prefer the idea of free will because I want to believe in the beauty of good choices, the serendipity of perfect timing, and the power of hard work.

As a writer, however, when I sit down to create characters and conflicts I do want there to be a sense that the story is fated. In other words, I want the writing to seem unencumbered by the writer. It should seem that I’m merely channeling the characters and their stories. Like a magician, I’m working really hard to disappear.

Built in a Day
Steven Rinehart

On the Edge
Markus Werner

The Garden of Lost and Found
Dale Peck

The Origin of Species
Nino Ricci

The House of Bilqis
Azhar Abidi

The Half-life of Happiness
John Casey

The Bird Is a Raven
Benjamin Lebert

The Fabric of Night
Christoph Peters

The Professor of Truth
James Robertson