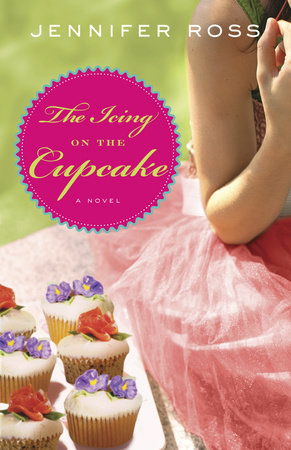 The Icing on the Cupcake

About The Icing on the Cupcake

In this delectable novel—complete with recipes—Jennifer Ross frosts a sweet story of a young woman fulfilling her dreams, one delicious cupcake at a time.

In Ansley Waller’s world of Southern belles and gentlemen, getting a diamond ring isn’t just important—it’s the ultimate goal. So when her fiancé, Parish, unceremoniously kicks her to the curb and cancels their upcoming wedding, Ansley is so ashamed that she decides to leave Dallas and make a fresh start. In a surprise move, she heads to New York City to live with her recently widowed grandmother, Vivian, whom she’s never met. In turn, Vivian gives Ansley a no-nonsense ultimatum: Rather than wallow in misery, either get a job or go home.

The Waller women have a tradition of baking their way out of sorrow. So Ansley mixes batch after batch of creative cupcakes—Black Bottom Heartache, Moving Blues Banana Caramel, Tres Leches Made Small. Before long, she’s opening up her own cupcake shop and even trying her hand at dating. But the ways of Manhattan’s eligible bachelors are altogether different from their Southern counterparts, and Ansley’s nearly fail-safe tactics fall flat. And worse, someone’s got a half-baked scheme to sabotage Ansley’s new life. It’ll take a cup of courage and a dash of Southern charm, plus a few secret ingredients, if Ansley hopes to pull off her recipe for success. 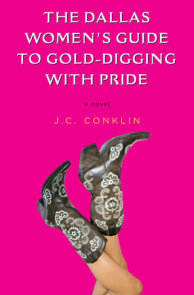 See all books by Jennifer Ross

Jennifer Ross is a former Wall Street Journal and Dallas Morning News reporter, and the co-founder of the movie production company Brick House. She lives in Austin, Texas, with her husband, children, and her two Papillions, Navette and Ruby.

“Striking the perfect balance between tart wit and sweet romance, Ross spoons up a thoughtful blend of chick lit and women’s fiction, complete with a tempting assortment of cupcake recipes, the icing on this irresistible culinary literary creation.”—Booklist

Looking for More Great Reads?
21 Books You’ve Been Meaning to Read
Download Hi Res
The Icing on the Cupcake

The Icing on the Cupcake