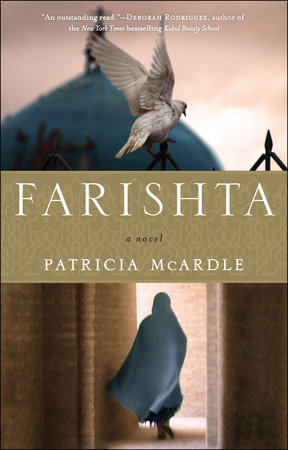 An American diplomat is forced to confront the devastation of her past when she is assigned to remote northern Afghanistan.

Twenty-one years ago, diplomat Angela Morgan witnessed the death of her husband during the bombing of the U.S. Embassy in Beirut. Devastated by her loss, she fled back to America, where she hid in the backwaters of the State Department and avoided the high-profile postings that would advance her career. Now, with that career about to dead-end and no true connections at home, she must take the one assignment available-at a remote British army outpost in northern Afghanistan. Unwelcome among the soldiers and unaccepted by the local government and warlords, Angela has to fight to earn the respect of her colleagues, especially the enigmatic Mark Davies, a British major who is by turns her staunchest ally and her fiercest critic. Frustrated at her inability to contribute to the nation’s reconstruction, Angela slips out of camp disguised in a burka to provide aid to the refugees in the war-torn region. She becomes their farishta, or “angel,” in the local Dari language-and discovers a new purpose for her life, a way to finally put her grief behind her.

Drawing on the experiences of the author as a diplomat in Afghanistan, Farishta is a deeply moving and fast-paced story of a woman struggling to move beyond a past trauma, and finding a new community, a new love, and a new sense of self in the process.

Patricia McArdle is a retired American diplomat. During her career, she was posted around the world, including Northern Afghanistan. Visit her website at patriciamcardle.com.

In the Country of Last Things
Paul Auster

The Paradox of American Democracy
John B. Judis

Dissent and the Supreme Court
Melvin I. Urofsky

From Beginning to End
Robert Fulghum

How Performance Management Is Killing Performance#and What to Do About It
M. Tamra Chandler

The Method of Zen
Eugen Herrigel

I Am Not I
Jacob Needleman

All The Difference
Leah Ferguson

A History of Civilizations
Fernand Braudel