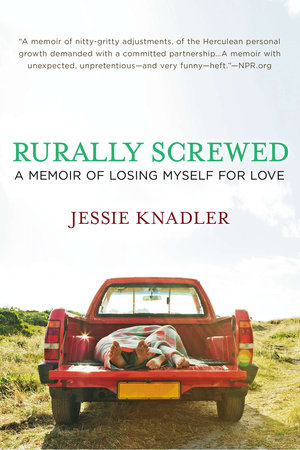 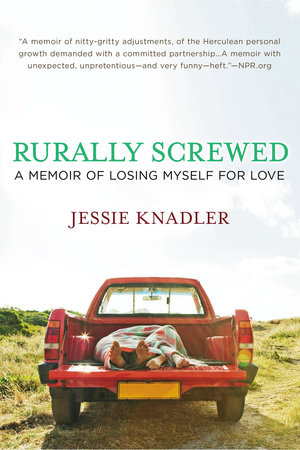 A magazine editor in New York, Jessie Knadler had a habit of always looking over her shoulder for better options. She wasn’t quite sure moving to Montana and marrying a cowboy was a better option—but, head over heels in love, she did it anyway.

At a loss in her new rural environment, she hoped that activities like chicken farming and fence building might provide her with a more profound, virtuous sense of self (and make her husband Jake love her even more). It all led her to some strange situations—and surprising realizations. Written with huge personality and searing wit, Rurally Screwed is an immensely entertaining and moving memoir about the things we do for love—and the lengths we’ll go to find our true identity.

Jessie Knadler was a New York City girl, through and through. An editor for a splashy women’s magazine, she splurged on Miu Miu, partied hard, lived for Kundalini yoga, and dated a man-boy whose complexion was creamier than her own. Circling the drain both personally and professionally, Jessie definitely wouldn’t have described herself as "happy"; more like caustically content. Then one day, she was assigned a story about an annual rodeo in the badlands of Eastern Montana.

There, she met a twenty-five-year-old bull rider named Jake. He voted Republican and read Truck Trader. He listened to Garth Brooks. He owned guns. And Jessie suddenly found herself blindsided by something with which she was painfully unfamiliar: a genuinely lovable disposition. In fact, Jake radiated such optimism and old-school gentlemanliness that Jessie impulsively ditched Manhattan for an authentic existence, and an authentic man. Almost overnight, she was canning and sewing, making jerky, chopping firewood, and raising chickens. And all the while one question was ringing in the back of her head: "What the !#*$ have I done with my life?"

A hilarious true-life love story, Rurally Screwed reveals what happens to a woman who gives up everything she’s ever known and wanted-job security, money, her professional network, access to decent Thai food-to live off the grid with her one true love (and dogs and horses and chickens), and asks, is it worth it? The answer comes amid war, Bible clubs, and moonshine. 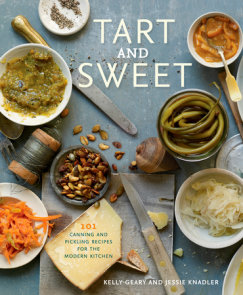 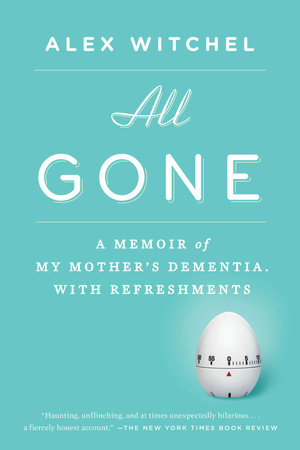 Listen to the Squawking Chicken 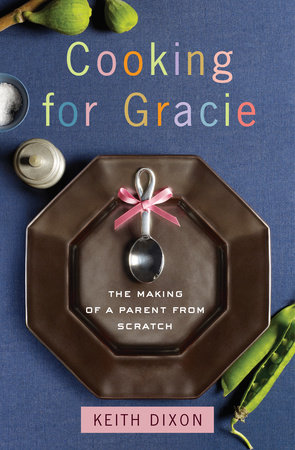 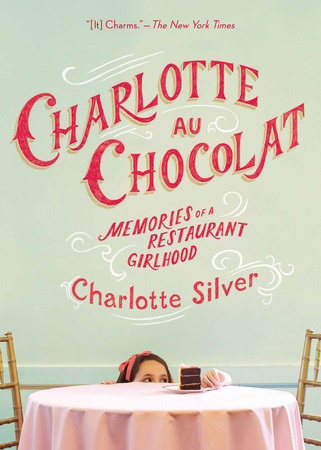 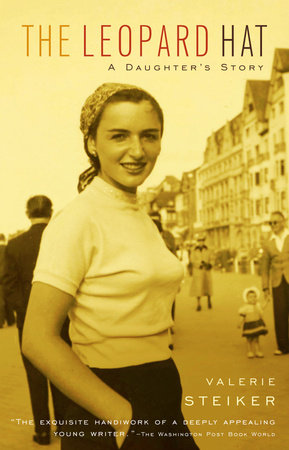 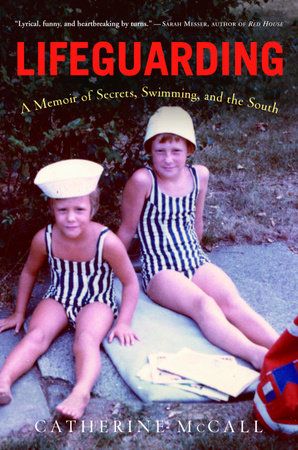 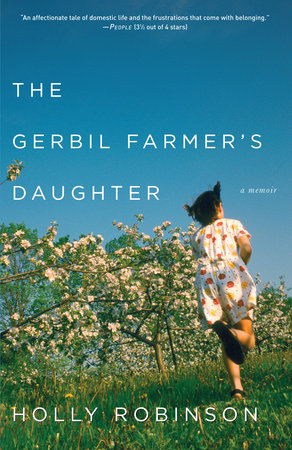 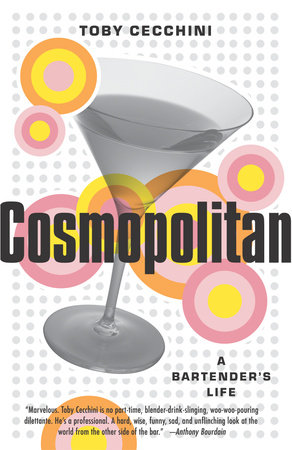 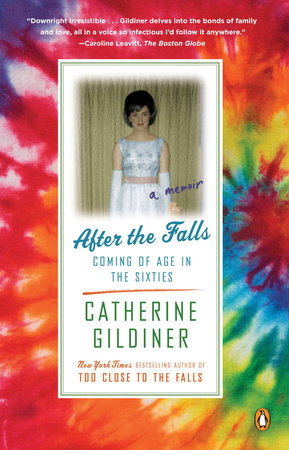 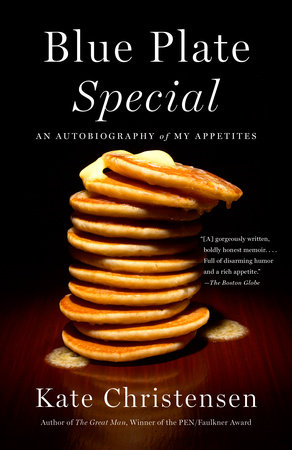 “A tale at once hilarious and touching.”—Richmond Times-Dispatch

“A memoir of nitty-gritty adjustments, of the Herculean personal growth demanded with a committed partnership…A memoir with unexpected, unpretentious—and very funny—heft; the story of a young woman who drives herself so hard for a couple of decades that she neglects to notice who she is. Then, after an interlude spent raising chickens, canning, sewing her own clothes, attempting Bible study and overthinking almost everything about rural life, the young woman gets real.”—NPR.org

“Rurally Screwed is really about trying to define ourselves, and how that experience can make us feel authentic and synthetic all at once. Knadler articulates her journey in a manner so self-deprecating and hilarious that it doesn’t take long to realize she isn’t ridiculing rural Virginia, she’s analyzing her own place in it…She is braver than most writers would be about exposing the vulnerable underbelly of her new marriage, and about how close she came to throwing in the clogs. The story is at times very raw, and embarrassingly personal in a way that will feel familiar to many readers. Knadler risks a lot, even the wrath of people she could still potentially meet in the aisles of the Lexington Walmart. Though she probably felt as if she was gambling it all with Rurally Screwed, the result is a story so genuine and touching that she won it all back—and then some.”—The Roanoke Times

"Jessie Knadler’s story about leaving the glossy office buildings and late nights of Manhattan to take a chance on love and create a new life in rural Lexington, Virginia, sounds like something out of a movie. But as Rurally Screwed shows, the most unexpected life events and happiest endings—not to mention the hottest cowboys—don’t just appear on the silver screen. Jessie takes a lively, self-deprecating yet thoughtful approach to her particular fish-out-of-water tale. I laughed, winced and nodded my head in agreement more times than I can count. But most important, she shows that risks have their rewards, that it is possible to leave the worst of one’s old life behind without abandoning the best of oneself."—Anna Holmes, founder of Jezebel

“Jessie Knadler’s memoir, Rurally Screwed…is more than a fast-paced ride through the rodeo scene of relationships from Manhattan to Montana, but an examination of American life, the things we take for granted and the things we ought to cherish. Reading about Knadler’s search for inner peace helped this reader find some too.”—Siobhan Fallon, author of You Know When the Men Are Gone

“Hilarious, romantic and real. Jessie Knadler’s writing made me feel every single emotion of her journey from the big city to the deep country—only I didn’t have to kill a single chicken or ride an actual horse. Although I may have fallen in love with her husband a little bit…”—Lara Naaman, writer/producer, Good Morning America

“At once brutally honest and over-the-top hilarious, Rurally Screwed is the most engaging and relatable book about marriage I’ve ever read. And I’ve read most of them. Knadler takes readers on a journey from her stalled life as a New York City single girl to the wilds of Virginia, where she settles down with a cowboy, eighty-some chickens and a cellar stocked with moonshine. Along the way, she learns there’s nothing romantic about chopping firewood and nothing easy about being married—but that after the sweat dries, the rewards of both are pretty awesome. Anyone who is married, has ever been married or is considering one day getting married has to read this book.”—Paula Szuchman, coauthor of It’s Not You, It’s the Dishes

"This book is really a love story. It’s about falling for an unexpected person, learning to love a new place, and when life gets tough, figuring out what the heart really wants. I started out laughing and ended with a lump in my throat. And because the tale is told with such humor and searing honesty, you’ll grow so attached to Jessie and Jake, you’ll be tempted to move off the grid with them.”—Amy Spencer, author of Bright Side Up

“I found myself laughing out loud…I also found myself feeling empathetic, understanding the heart-wrenching separation and frustrations that come with coupledom…This book was an inspiring and fun read. It’s a book that all women can relate to, even if they aren’t leaving behind the big city for Green Acres. Jessie, as a character in the book and in real life, is a strong, witty, courageous and hilarious woman.”—Breathe

“Most romantic comedies end at the declaration of love and never explore the happily ever after. Rurally Screwed entertains by continuing well past the ‘I do’ and, best of all, this is a real-life romance, a memoir with a hilarious narrator…Rurally Screwed is also a hero’s journey as Jessie navigates her relationship with various identities—a child from Montana, a woman from New York, a wife in rural Virginia. Her searing wit and unflinching honesty is a pleasure to read…Fans of Ree Drummond’s The Pioneer Woman will love Rurally Screwed, as will anyone who has fallen madly in love with his or her opposite.”—Book Club Classics

“[A] classic pastoral narrative…What makes it compelling is the manner in which [Jessie] struggles with her identity, as defined almost entirely by external markers. Her journey takes her from a place where the only identity she knows is the one on the outside to a place where she learns to inhabit a more genuine self from the inside. Perhaps it’s simply a story of growing up, but in a world in which the Internet has only amplified the ferocity of the fashion cycles, the urgency of lifestyle choices, one can’t help feeling for her as she finds it so very difficult to define herself in a world she can’t quite recognize.”—Bookslut

"Quirky, laugh-out-loud funny, poignant, passionate…A great love story that carries on past ’I Do’ and ‘Happily Ever After.’"—San Francisco Book Review