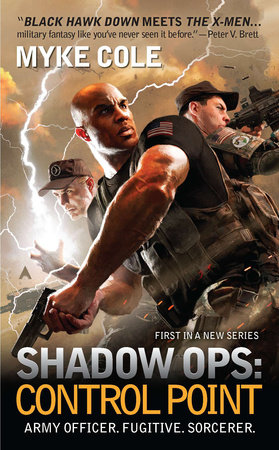 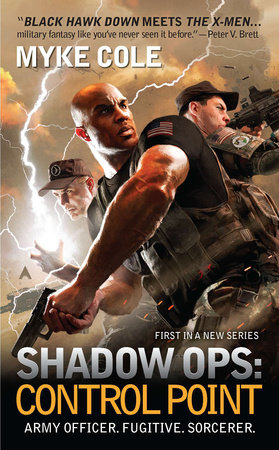 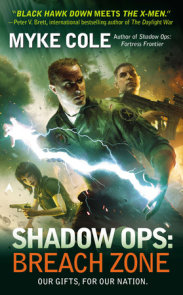 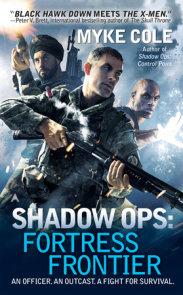 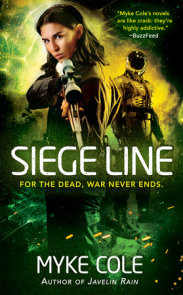 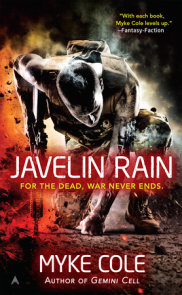 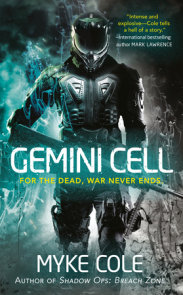 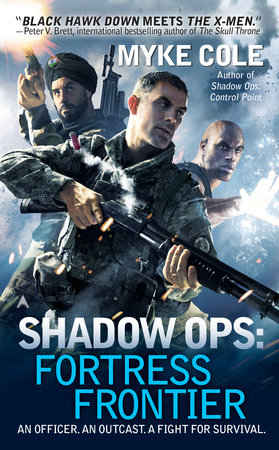 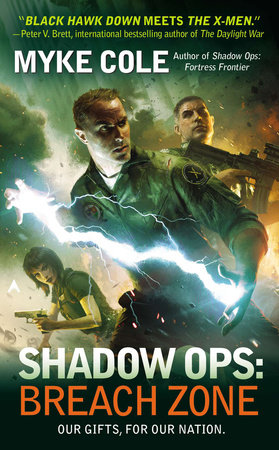 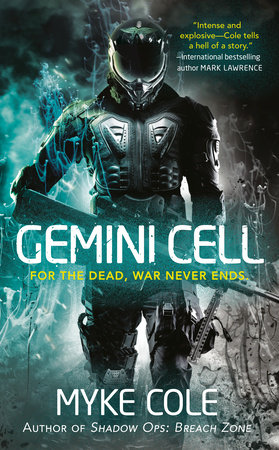 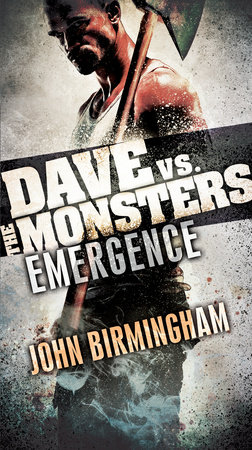 Emergence: Dave vs. the Monsters 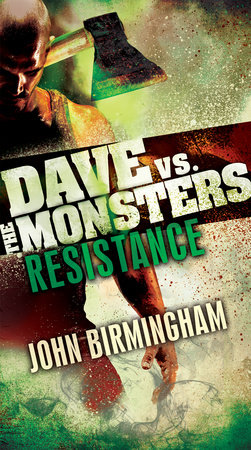 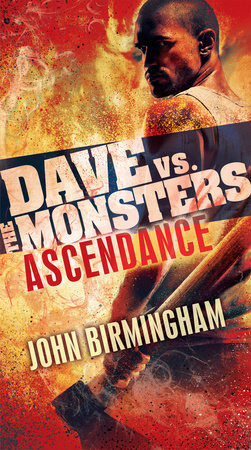 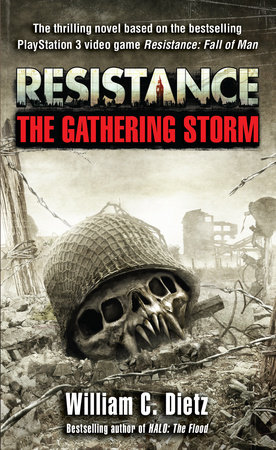 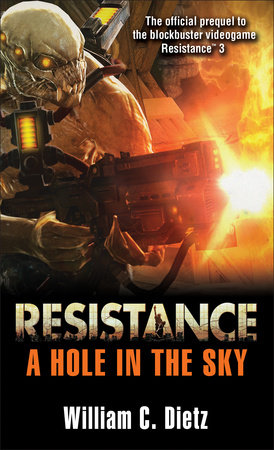 Resistance: A Hole in the Sky 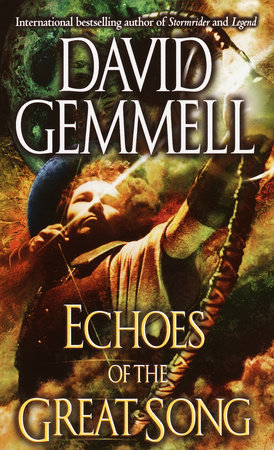 Echoes of the Great Song 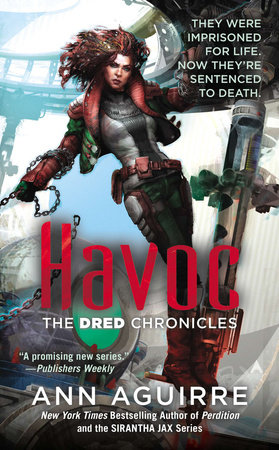 “Cross The Forever War with Witchworld, add in the real world modern military of Black Hawk Down, and you get Control Point, the mile-a-minute story of someone trying to find purpose in a war he never asked for.” –—Jack Campbell, New York Times bestselling author of the Lost Fleet series

“Control Point is Black Hawk Down meets the X-Men. Fast-paced and thrilling from start to finish…military fantasy like you’ve never seen it before.”—Peter V. Brett, bestselling author of The Warded Man
“Myke Cole takes you down range where the bullets fly and the magic burns with precision-guided fericity that’ll put you on the edge of your seat before blowing you right out of it.”—Chris Evans, author of the Iron Elves Series

“Hands down, the best military fantasy I’ve ever read; Control Point is a chilling, enthralling story. Myke Cole just might be a wizard himself.”—Ann Aguirre, national bestselling author of Enclave

“A debut by a former military officer that will attract readers who like their urban fantasies with more of a military edge.”—Library Journal

“High recommendation. A sold and entertaining novel, a real kick-ass premise/milieu … Cole has launched a solid series that I hope to continue reading, and he’s written a novel that starts the year off very strongly.”—SFF World

“A fun, fast-paced entertaining debut novel from a promising author…I wonder what Cole’s got up his sleeve for us next.”—SF Signal

I started the same way most nerds do: with the Dungeons and Dragons Basic Rules Boxed Set. I remember it came with my first 20–sided die and the cheaply made paperback blue covered rule book, with a washed out image of a red dragon sitting on a pile of gold while a party of adventurers tried to muscle him off. Like most nerdy kids, I was having a tough time adjusting socially. I hit all the standard plot points in what is now a tired story: few friends, no shot with girls, doing poorly in school not because I was stupid, but because I was bored. D&D was the first opportunity I had to imagine myself as something other than I was (weak, pasty, directionless). My dad was kind of…um…distant at that point in my life, and my big brother wasn’t terribly interested in me, so I didn’t have any male role–models. The notion of the “fighter” filled that spot pretty quickly. I became really interested in the idea that I could be a warrior, encased in steel armor and swinging a sword longer than I was tall. Around that same time, my mom took me to the arms & armor hall at the Metropolitan Museum of Art in New York City. Once I found out that the D&D fighters and paladins I was so in love with had been real, I never looked back. I *devoured* anything remotely knight related—paintings, books, movies, comic books. It was actually cathartic for me. I said this in a salon.com article that I was quoted in, but D&D was the first step in my self–actualization. It enabled me to *imagine* myself and my world as different than what it actually was, and imagining a thing is the first and critical step toward making it real. Because D&D was text/story based, writing was the natural next step. I was writing stories of elves, magic (and, of course, knights in armor) as soon as I was old enough to write. I never stopped, and I never grew out of it. Things naturally expanded, and D&D, wargames, video games and genre novels, comic books, TV and movies were a staple of my life from childhood until now. I kept writing with no real hope of ever being a professional. I won the Writer’s of The Future Contest and sold stories to some major markets (Weird Tales, for one), but I never thought it would turn into a profession. I knew the odds were stacked against me. I was close friends with mega–author Peter V. Brett, and we kept encouraging one another and passing manuscripts back and forth. We became close friends with major genre agent Joshua Bilmes, but he rejected our manuscripts. I continued on the short story road while Pete went to ground and focused on novels. Then, one day, Pete sent me the manuscript for his novel The Warded Man. I read it in a couple of days, called him back and said “you did it.” He responded humbly, “we’ll see.” We saw all right. By the time the dust cleared, Pete was a major figure in the field. I was jazzed as hell for him, but it also sparked the imagination machine again: This was POSSIBLE. This didn’t have to be just a dream. I could do it for a living. Imagining myself as a warrior was the first step to reinventing myself as one. By the time hurricane D&D had passed, I gotten myself in shape, contracted as a mercenary and done 3 tours in Iraq. I received a military commission and didn’t surprise myself at all by silently reciting the words of the Night’s Watch in my mind as I took my officer’s oath. Imagining myself as an author was now layered on top of this. When my 3rd tour came around, I had a manuscript called Latent 75% written about a military unit that used magic. I thought it sucked. But hey, I could die in Iraq, so I sent it off to Joshua with strict instructions. “If you like it, I’m going to be all worked up and unable to concentrate. If you don’t like it, I’m going to be depressed and unable to concentrate. I’m off to war and I need my head in the fight. Do NOT tell me what you think until I get back, okay?” Joshua agreed and I spent the intervening months dodging 107mm rockets and sleeping with camel spiders in a converted connex box. But I did keep my head in the fight and made it home with a Joint Service Commendation Medal and citation signed my Admiral McRaven himself (admired the hell out of that guy, so it meant a lot to me). My fiance had dumped me just before I left, and I got off the plane to see all these other servicemembers’ families greeting them, and I was depressed as hell. Nobody came to pick me up at the airport, and I actually had to take a cab home. You can imagine it was a low point. I got home, grounded my gear and started calling folks to let them know I was home safe. Joshua was high on the list (we were good friends, and to be honest, I’d forgotten that I’d even given him a book). He answered the phone and I said “Hey, man! It’s Myke. Just wanted to let you that I’m ho…” “Finish the book,” he cut me off. “What?” “Latent, finish it. It’s fantastic. I didn’t want it to end.” And that’s when everything changed. Latent became Control Point, which will be in stores in February and represents the culmination of every dream I’ve had since I first cracked the binding on that old blue book with the red dragon on the front What can I say? Life’s surprising. But it’s pretty damned good, too