No Book but the World Reader’s Guide 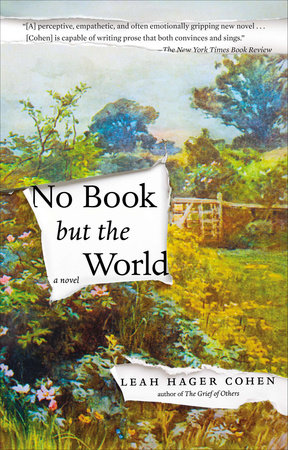 No Book but the World Reader’s Guide

print
No Book but the World Reader’s Guide

At the edge of a woods, on the grounds of a defunct “free school,” Ava and her brother, Fred, shared a dreamy and seemingly idyllic childhood-a world defined largely by their imaginations and each other’s presence. Everyone is aware of Fred’s oddness or vague impairment, but his parents’ fierce disapproval of labels keeps him free of evaluation or intervention, and constantly at Ava’s side.

Decades later, then, when Ava learns that her brother is being held in a county jail for a shocking crime, she is frantic to piece together what actually happened. A boy is dead. But could Fred really have done what he is accused of? As she is drawn deeper into the details of the crime, Ava becomes obsessed with learning the truth, convinced that she and she alone will be able to reach her brother and explain him-and his innocence-to the world.

Leah Hager Cohen brings her trademark intelligence to a psychologically gripping, richly ambiguous story that suggests we may ultimately understand one another best not with facts alone, but through our imaginations.

Leah Hager Cohen is the author of four nonfiction books, including Train Go Sorry and Glass, Paper, Beans, and three novels, most recently House Lights. Among the honors her books have received are selection as a New York Times Notable Book (four times); American Library Association Ten Best Books of the Year; and a Booksense 76 Pick. She is a frequent contributor to the New York Times Book Review.


Learn More About No Book but the World
print

A Song for Issy Bradley

The Sisters from Hardscrabble Bay

A Heart of Stone

Playing with Matches
Back to Top