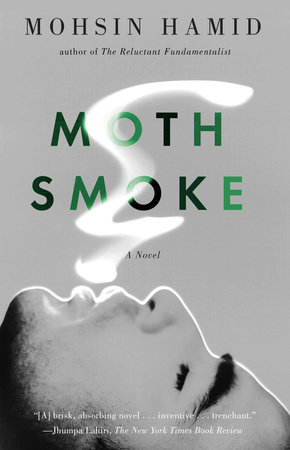 Moth Smoke, Mohsin Hamid’s deftly conceived first novel, tells the story of Daru Shezad, who, fired from his banking job in Lahore, begins a decline that plummets the length of Hamid’s sharply drawn, subversive tale. Fast–paced and unexpected,Moth Smoke portrays a contemporary Pakistan far more vivid and complex than the exoticized images of South Asia familiar to the West. It established Mohsin Hamid as an internationally important writer of substance and imagination, a promise he has amply fulfilled with each successive book; this debut novel, meanwhile, remains compelling and deeply relevant today.

MOHSIN HAMID Mohsin Hamid grew up in Lahore, Pakistan, and attended Princeton University and Harvard Law School. He contributes to Time, The Guardian, The New York Times, The Washington Post, The International Herald Tribune, and other publications. After a number of years living in New York and London, he has again made Lahore his home.

Five Star Billionaire
Back to Top