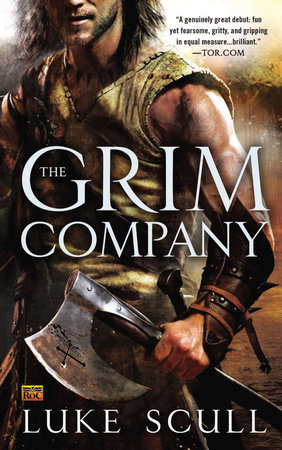 Part of The Grim Company

Part of The Grim Company 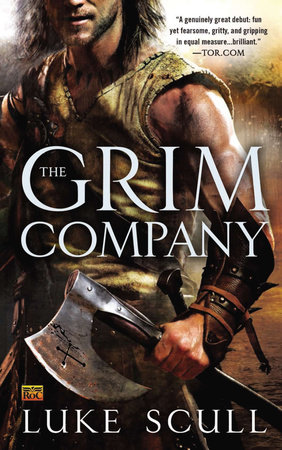 About The Grim Company

The Gods are dead. The Magelord Salazar and his magically enhanced troops, the Augmentors, crush any dissent they find in the minds of the populace. On the other side of the Broken Sea, the White Lady plots the liberation of Dorminia, with her spymistresses, the Pale Women. Demons and abominations plague the Highlands.

The world is desperately in need of heroes. But what it gets instead are a ragtag band of old warriors, a crippled Halfmage, two orphans and an oddly capable manservant: the Grim Company.

About The Grim Company

The Gods are dead. The Magelord Salazar and his magically enhanced troops, the Augmentors, crush any dissent they find in the minds of the populace. On the other side of the Broken Sea, the White Lady plots the liberation of Dorminia, with her spymistresses, the Pale Women. Demons and abominations plague the Highlands.

The world is desperately in need of heroes. But what it gets instead are a ragtag band of old warriors, a crippled Halfmage, two orphans and an oddly capable manservant: the Grim Company.

Also in The Grim Company 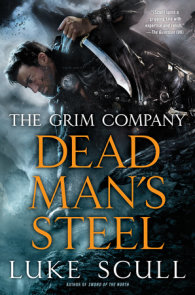 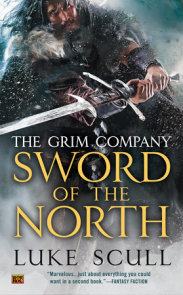 Also in The Grim Company

Luke Scull is the author of the Grim Company novels, including Sword of the North and The Grim Company. He is a video-game designer and has worked on numerous bestselling fantasy role-playing game franchises. He was born in Bristol, England,… More about Luke Scull

Luke Scull is the author of the Grim Company novels, including Sword of the North and The Grim Company. He is a video-game designer and has worked on numerous bestselling fantasy role-playing game franchises. He was born in Bristol, England,… More about Luke Scull 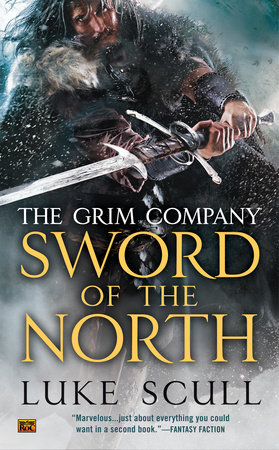 Sword of the North 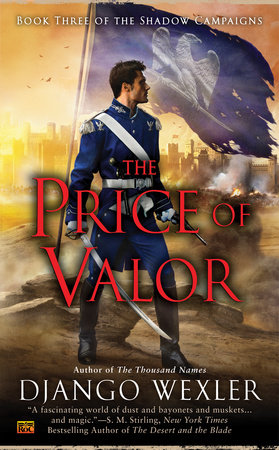 The Price of Valor 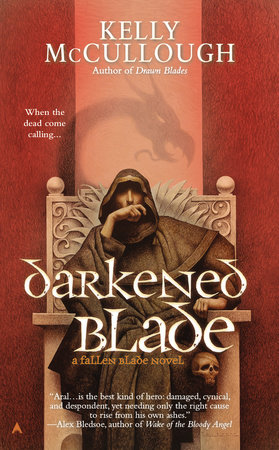 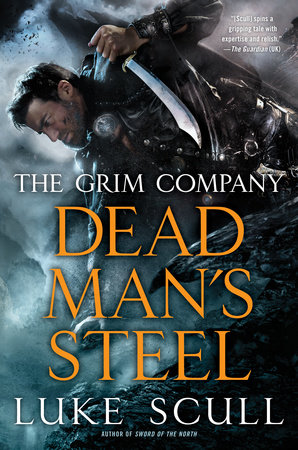 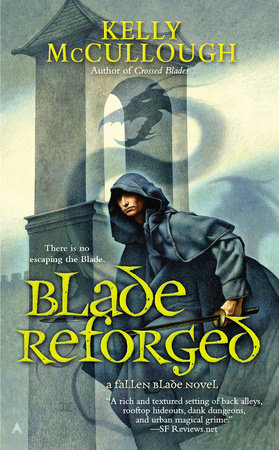 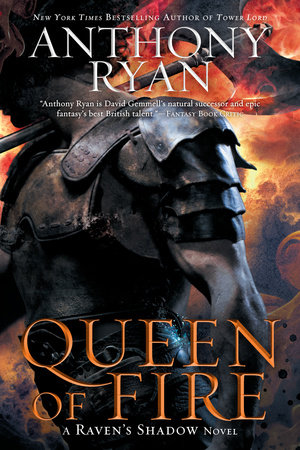 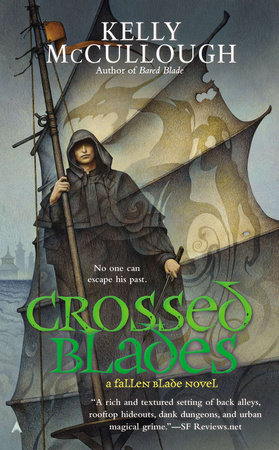 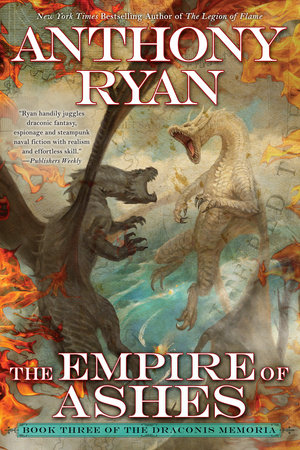 The Empire of Ashes 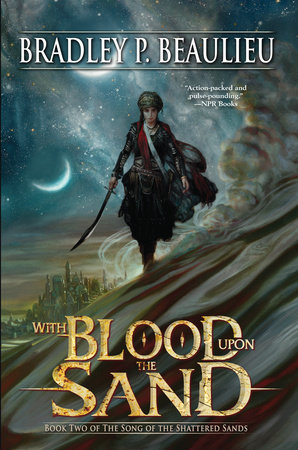 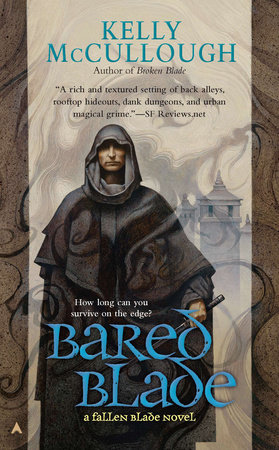 “A noteworthy and gripping debut that promises to develop into an altogether superior series–one well-worth getting hooked on at the outset.”–Kirkus Reviews

“Luke Scull delivers a fantastic story that is ripe with action, strong characterization and a tight plot….This is one debut not to be missed and marks Luke Scull as one of epic fantasy’s talented debutants.”–Fantasy Book Critic

“[A] rollicking dark fantasy adventure novel. It moves with verve and pace…and is threaded through with a great sense of humor.”–The Wertzone

“Highly memorable with a great cast and an even greater story all wrapped up in a mature world, told by a true story-teller. The Grim Company is one of the best fantasy books you will read this year.”–SFBook.com

“Luke Scull is more than good. He’s the sort of author you buy on publishing date and read on the way home.”–TheBookBag.co.uk

From Zero to Hero: A Tale of True Grit, by Luke Scull

Until quite recently I’d never really dreamed of becoming a published author. That’s a strange thing to say, what with The Grim Company set for release on September 3, but then the circumstances surrounding my path to authordom are rather unusual.

As a young boy from a working–class family in south west England, I was once told by a teacher that no one in the group would ever have the chops to write professionally. Perhaps unsurprisingly I didn’t like school much, and during my teens developed what I now suspect was a pretty severe sociophobia. My formative years were spent buried in books, videogames, and Dungeons & Dragons. There were weeks I never left the house, choosing instead to become immersed in the worlds of Terry Pratchett, Robin Hobb, Robert Jordan, and any author whose books my mother discovered at the local car boot sales. (Car boot sales are are like yard sales hosted in a big open space with a great many people).

My first real foray into creative writing came in 2002 with Neverwinter Nights—a computer roleplaying game that enabled players to create adventures (or modules) using the game’s tools. Ironically, the toughest part of creating my first module was writing the story and dialogue. I persisted, and when the time came to eventually share my creation with other players I was surprised to find that it met with a positive response.

A few months later I was knocked down and almost died while on vacation in a foreign country. I had literally nothing to do while I convalesced except for work on another module, and that’s exactly what I did. That effort met with widespread acclaim and resulted in industry giants Bioware offering me a contract to develop a game for them at the ripe old age of 24.

By 25, I had joined a Baldur’s Gate producer as lead designer at his new company. I developed for bothNeverwinter Nights 2 and The Witcher. Fun though that was, the financial rewards were not in line with the time and effort required. I was working a poorly paying day job in late 2010 to supplement my game income when I was laid off—one day before my birthday, to rub salt into the wounds. Rather than get depressed by the situation or rush back into another horrible job, I decided I would try my hand at a novel—mostly just to see if I could, but also to experiment with darker themes and characters that I wasn’t able to include in my game writing.

I’d never written a piece of sustained narrative longer than 20 pages, but I had plenty of experience plotting stories, world–building, and writing dialogue. While my writing skills were fairly sharp from my work on The Shadow Sun, I’d always believed my first novel would be filed away as a simple learning exercise. I knew from experience that raw talent needed to be honed by the grindstone of audience exposure. To kickstart that process, I began uploading samples to a website where readers could offer feedback on each other’s writing.

That’s where my agent Robert Dinsdale found the early chapters of what would become The Grim Company. I owe Rob a huge debt of gratitude: his interest in the manuscript provided all the motivation I needed to finish the story. All told, it took me 10 months to write the novel and it sold in a large UK auction a few weeks after that. It was a truly surreal time, particularly the final day of the auction. I don’t think I slept the night before.

All that was incredible enough, but then Rob informed me that Chris Lotts, who represents some of the biggest authors in the world, loved the manuscript and wanted to co–agent me in the States. The resulting deal with Ace–Roc to publish The Grim Company in North America was beyond anything I could have hoped for.

I’ve often pondered how much luck played a part in selling my first trilogy. Of course it did, to a certain degree. What if my agent had never found my partial manuscript buried among the thousand or so others? What if my wife, who was so supportive while I worked on the book, had lost her job and been unable to provide for us financially? What if the manuscript had simply landed on the desks of the wrong editors?

Those are things I couldn’t control, and for whatever reason they swung my way. But that doesn’t tell the whole story.

What if I hadn’t spent my teenage years immersed in the genre, devouring book after book and, in doing so, unknowingly forming the perspective required to write a publishable novel?

What if I hadn’t spent hundreds of hours honing my writing skills by creating game modules, with never any expectation of reward?

What if I hadn’t grit my teeth and carried on believing in myself when game contracts kept falling through and I was living day–to–day on credit cards, when I was tearing my hair out trying to figure out how we could keep our flat for one more month while I pulled 16–hour working days to finish the book?

Luck? Sure, that played a part. But so did self–belief, persistence in the face of adversity, and, most of all, sitting down and putting in the work. I did it “right” first time, I’m in an exclusive club of authors without a rejection letter to hang on their fridge door… but I paid my dues with all the blood, sweat and tears shed over the last 10 years. Ultimately a book deal was the final destination on a path that began a decade ago, when I first felt the urge to share something with the world.

And I guess the lesson there is that a writer doesn’t need an English Lit degree, creative writing courses, or a whole bunch of rules that that must be followed to get a book deal. In my experience they simply need to read a lot, write a lot, take feedback on the chin, keep improving… and be blood–minded enough to see a project through to the end.

The Grim Company is the first novel in a trilogy of the same name, a dark epic fantasy about of a group of disparate anti–heroes set in a world of long–dead gods, rampaging demons, and immortal tyrants. It is released on September 3.