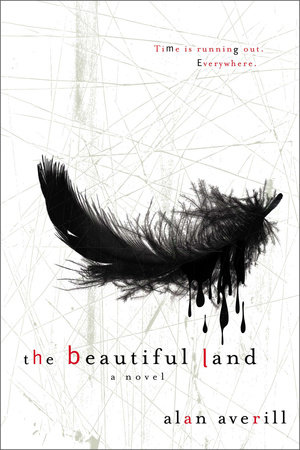 About The Beautiful Land

…working for the Axon Corporation as an explorer of parallel timelines—as many and as varied as anyone could imagine. A great gig—until information he brought back gave Axon the means to maximize profits by changing the past, present, and future of this world.

If Axon succeeds, Tak will lose Samira Moheb, the woman he has loved since high school—because her future will cease to exist. A veteran of the Iraq War suffering from post-traumatic stress disorder, Samira can barely function in her everyday life, much less deal with Tak’s ravings of multiple realities. The only way to save her is for Tak to use the time travel device he “borrowed” to transport them both to an alternate timeline.

But what neither Tak nor Axon knows is that the actual inventor of the device is searching for a timeline called the Beautiful Land—and he intends to destroy every other possible present and future to find it.

The switch is thrown, and reality begins to warp—horribly. And Tak realizes that to save Sam, he must save the entire world…

Alan Averill started writing at five years old when he scribbled down a story about Bigfoot killing him with a log. He currently lives in the Pacific Northwest with his wife, Sue; his dog, Sam Perkins; and a whole lot… More about Alan Averill

I started writing The Beautiful Land in the car. My wife was running a half–marathon, they’d thrown me out of the nearby gym so they could set up bagel tables and a medical bay, and I had this idea that just wouldn’t go away. So I curled up in the front seat of our old Ford Focus, balanced my laptop on my knees, and wrote the following sentence:

Tak can’t answer the phone because the noose is too tight.

I’ve been writing my whole life. I was always the geek with his nose stuck in a book, the one who played Dungeons & Dragons rather than drinking beer with the cool kids. I couldn’t tell you who the popular movie stars were or what TV shows were on, but I’d read every Ray Bradbury short story and could talk about them until the sun came up. (Note to young readers — the ladies love Ray Bradbury. Or at least the cool ladies do.) And so while I was never the fastest guy in the room, or the most charming, or the handsomest, I always had stories floating around in my head. And I thought that if I could find a way to make a living from that, it would pretty much be the greatest job ever. But man, it took a long time to get here.

I spent years trying to get The Beautiful Land published, and after the one gazillionth agent turned it down, I thought that was pretty much it. But then I stumbled into the Amazon Breakthrough Novel Award and realized it couldn’t hurt to try. So I whipped up a new pitch (since the last one was about as successful as an all–night rabies party), sent the manuscript in, and promptly forgot about it. I figured the book would get turned down, I’d put my final draft in a drawer somewhere, and that would be that.

It’s funny being in a writing contest you don’t expect to win. Each time they narrowed down the list of finalists and I was still on there, I’d shake my head, show my wife the list, and we’d have a good laugh over the whole thing. I mean, books like mine don’t win writing contests. Literary books win writing contests. Poetic prose about the eternal struggle of the human condition wins writing contests. I wrote a science–fiction yarn with scary monsters; I wasn’t expecting a damn thing. But the months ticked by, the list got shorter, and eventually I found myself standing in front of a bunch of people with a shiny trophy in my hand and a publishing contract in a manila envelope. It didn’t seem real. And in some ways, I guess, it still doesn’t.

So it’s been a long, strange trip, and in the end, I got published in about the most non–traditional way possible. But I’m going to take it and run with it and just see what happens. I’m proud of my little book that somehow could, and I really hope you enjoy it as well.