And the Mountains Echoed Reader’s Guide 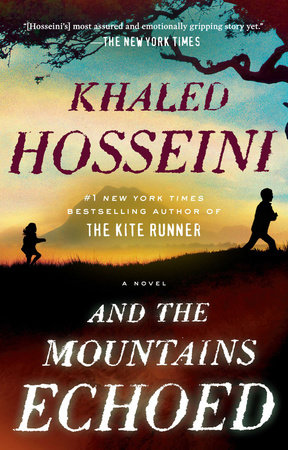 And the Mountains Echoed Reader’s Guide

An unforgettable novel about finding a lost piece of yourself in someone else.

Khaled Hosseini, the #1 New York Times-bestselling author of The Kite Runner and A Thousand Splendid Suns, has written a new novel about how we love, how we take care of one another, and how the choices we make resonate through generations. In this tale revolving around not just parents and children but brothers and sisters, cousins and caretakers, Hosseini explores the many ways in which families nurture, wound, betray, honor, and sacrifice for one another; and how often we are surprised by the actions of those closest to us, at the times that matter most. Following its characters and the ramifications of their lives and choices and loves around the globe—from Kabul to Paris to San Francisco to the Greek island of Tinos—the story expands gradually outward, becoming more emotionally complex and powerful with each turning page.

With more than ten million copies sold in the United States of The Kite Runner and A Thousand Splendid Suns, and more than thirty-eight million copies sold worldwide in more than seventy countries, Khaled Hosseini is one of most widely read and beloved novelists in the entire world. The Kite Runner spent 103 weeks on the New York Times bestseller list, and A Thousand Splendid Suns debuted as a #1 New York Times bestseller, remaining in the #1 spot for fifteen weeks, and spending nearly an entire year on the bestseller list. Hosseini is a Goodwill Envoy to the United Nations High Commissioner for Refugees, the UN Refugee Agency, and the founder of The Khaled Hosseini Foundation, a nonprofit which provides humanitarian assistance to the people of Afghanistan.

Visit the And the Mountains Echoed page for the latest news and content from Khaled Hosseini.

Learn More About And the Mountains Echoed
print

The Signature of All Things
Elizabeth Gilbert

The Sense of an Ending
Julian Barnes

A Gentleman in Moscow
Amor Towles

The Aviator’s Wife
Melanie Benjamin
Back to Top