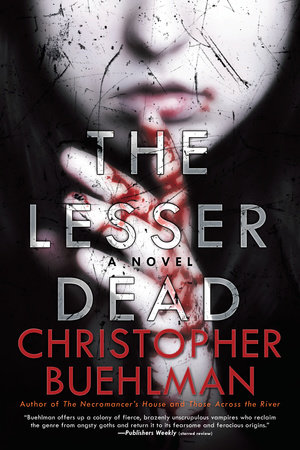 New York City in 1978 is a dirty, dangerous place to live. And die. Joey Peacock knows this as well as anybody—he has spent the last forty years as an adolescent vampire, perfecting the routine he now enjoys: womanizing in punk clubs and discos, feeding by night, and sleeping by day with others of his kind in the macabre labyrinth under the city’s sidewalks.

The subways are his playground and his highway, shuttling him throughout Manhattan to bleed the unsuspecting in the Sheep Meadow of Central Park or in the backseats of Checker cabs, or even those in their own apartments who are too hypnotized by sitcoms to notice him opening their windows. It’s almost too easy.

Until one night he sees them hunting on his beloved subway. The children with the merry eyes. Vampires, like him…or not like him. Whatever they are, whatever their appearance means, the undead in the tunnels of Manhattan are not as safe as they once were.

And neither are the rest of us.

1. How does the setting of New York City in 1978 affect the story? Why did the author choose this particular time and place?

2. Joey portrays his birth mother as self-absorbed: “She didn’t know if I was in the house, in the garden, in the park, or at the bottom of the East River.” How does Margaret compare as a maternal figure? Does Joey have any other parental stand-ins?

3. Why does Margaret tell Joey, “There was just a little part of me that admired what you did to me”? What does it say about her character?

4. Sandy is described as a “short-timer,” unable to adjust to the lifestyle or even the very idea of being a vampire. In the world of the novel, do you think people must possess certain personality traits in life to be “good” vampires? What qualities are they?

5. Cvetko says the recipient of one of his “may-I-bite-you” letters will “understand on a subconscious level that this is a supernatural opportunity.” Why might someone voluntarily rendezvous with a vampire? Do you think the Bakers are on some level aware of Joey’s true nature?

6. What does Chloë represent to Joey for most of the book? Why does he say she might have made him a better person? How does that differ from his relationship with Emma Wilson?

7. What do the children mean by “the god of small places”? How do they “make a little god” of Joey?

8. Are the children more dangerous precisely because they look like children? Is that how they have survived for so long?

9. Why do you think there are so many variations on the vampire mythos? Why does it continue to fascinate us?

Christopher Buehlman is the author of Those Across the River, The Necromancer’s House, and Between Two Fires. He is the winner of the 2007 Bridport Prize for Poetry and a 2012 World Fantasy Award finalist for best novel.
Learn More About The Lesser Dead
print

Those Across the River

The Devil in Silver

Your House Is on Fire, Your Children All Gone

The Best of Richard Matheson
Back to Top