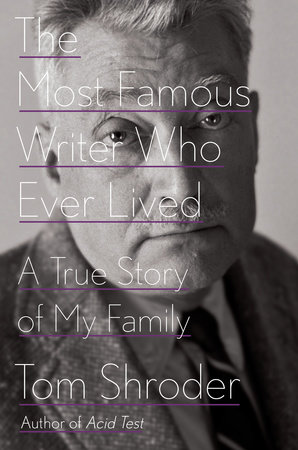 The Most Famous Writer Who Ever Lived

A True Story of My Family

About The Most Famous Writer Who Ever Lived

“A grandson of writer MacKinlay Kantor unravels the tangles of his grandfather’s life and finds many of those same threads (the good, the bad, the ugly) in his own…A compelling account, suffused with both sympathy and sharpness, of a writer who’s mostly forgotten and of a grandson who’s grateful.”—Kirkus Reviews

An award-winning veteran of The Washington Post and The Miami Herald, Tom Shroder has made a career of investigative journalism and human-interest stories, from those of children who claim to have memories of past lives, in his book Old Souls, to that of a former Marine suffering from debilitating PTSD and his doctor pioneering a successful psychedelic drug treat­ment in Acid Test. Shroder’s most fascinating subject, however, comes from within his own family: his grandfather MacKinlay Kantor was the world-famous author of Andersonville, the seminal novel about the Civil War. As a child, Shroder was in awe of his grandfather’s larger-than-life character. Kantor’s friends included Ernest Hemingway, Carl Sandburg, Gregory Peck, and James Cagney. He was an early mentor to the novelist John D. MacDonald and is cred­ited with discovering the singer Burl Ives. Kantor wrote the novel Glory for Me, which became the multi-Oscar-winning film The Best Years of Our Lives. He ghostwrote General Curtis LeMay’s memoirs, penning the infamous words “We’re going to bomb them back into the Stone Age,” referring to North Vietnam. Kantor also suffered from alcoholism, an outsize ego, and an abusive and publicly embarrassing personality where his family was concerned; he blew through several small fortunes in his lifetime, and died nearly destitute. In The Most Famous Writer Who Ever Lived, Shroder revisits the past—Kantor’s upbringing, his early life, his career trajectory— and writes not just the life story of one man but a meditation on fame, family secrets and legacies, and what is remembered after we are gone. 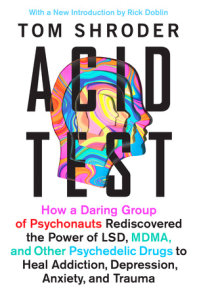 See all books by Tom Shroder

Tom Shroder is an award-winning journalist, editor, and author of Old Souls and Acid Test, a transformative look at the therapeutic powers of psychedelic drugs in the treatment of PTSD. As editor of The Washington Post Magazine, he conceived and… More about Tom Shroder

“Fascinating…As Shroder vividly tells the story of this larger-than-life writer who was a generous and often doting grandfather, he contemplates the fleeting nature of fame….a biographical gold mine and an object lesson in the ultimate fading away of the best-selling, prize-winning success many writers dream about.”
—Susan Cheever, The Washington Post

“Shroder weaves together a fascinating portrait through the use of family lore, boots-on-the-ground investigative journalism…and a solid dose of flesh-and-blood familial feeling for his subject and those closest to him.”
—Washington Independent Review of Books

“Deeply rewarding…[Shroder’s] reaction to what he finds that gives the book its deeper resonance…Some of it is the natural consequence of painful discovery, of finding out more about those closest to you than you might want to know, or should know—affairs, transgressions, betrayals and tragedies of every suit.”
—James Endrst, USA Today

“A loving and often surprising memoir about Shroder’s grandfather Mackinlay Kantor, who, for many years, was one of the most famous and widely read authors in the country.”
—Jay Handelman, Sarasota Herald-Tribune

“[A] fine book. While exploring the rise and fall of literary celebrity, it’s also a compelling account of a twisted-genius grandfather.”
—Elizabeth Bennett, Dallas News

“A grandson of writer MacKinlay Kantor unravels the tangles of his grandfather’s life and finds many of those same threads (the good, the bad, the ugly) in his own…A compelling account, suffused with both sympathy and sharpness, of a writer who’s mostly forgotten and of a grandson who’s grateful.”
—Kirkus Reviews

“Tom Shroder’s account of his twisted-genius grandfather MacKinlay Kantor reminds us of the perils of fame, ego, self-love, and all-id living. The old man may not have been the Most Famous, but in the fifties, particularly after the great Andersonville, he was a writer god. As Shroder tells us in vivid detail, Kantor was one of those beautiful monsters, charismatic from afar, beastly up close, like Hemingway or John Ford. He was hardest of all on his family, and his lack of grace left him to die alone; Shroder’s tale should give pause to everybody who thinks he’s better than he is—that is, everybody.”
—Stephen Hunter, New York Times–bestselling author of the Bob Lee Swagger series

“Tom Shroder has accomplished something extraordinary with The Most Famous Writer Who Ever Lived. With equal measures of sympathy and dispassion, he has investigated the life of his grandfather and used it as an unforgettable lesson in fickle fame and the contradictions of modern life.”
—David Maraniss, Pulitzer-winning journalist and author of Once in a Great City, Barack Obama, and Clemente

“In this wonderful book, Tom Shroder joins millions of people around the world in the booming business of tracing his roots. That’s lucky for us—because his roots turn out to be dazzling, shocking, sexy, and heartstring-tugging. Luckier still: He’s a writer worthy of this rich material. Turns out, it’s in his genes.”
—David Von Drehle, Time editor-at-large and author of Triangle: The Fire That Changed America

“Tom Shroder set out to understand the life of his once-famous grandfather, best-selling author MacKinlay Kantor. But what started as an attempt to rescue an illustrious ancestor from obscurity turns into a far more intimate and compelling journey into the meaning of fame, family, creativity, and the things we carry from childhood to the grave. Shroder introduces us to many fascinating characters—from Kantor himself, to Ernest Hemingway, to Shroder’s larcenous great-grandfather. In the end, however, the character whom Shroder truly discovers is himself, a writer who comes to cherish just how much he owes the grandfather he never really knew.”
—Glenn Frankel, Pulitzer Prize–winning journalist and author of The Searchers: The Making of an American Legend

“The urge to investigate one’s origins is on powerful display in Shroder’s exploration of his famous grandfather, Pulitzer Prize-winning author MacKinlay Kantor….The book is more than a biographical excavation; it’s a journey of understanding. Shroder’s visceral reactions and moving discoveries as he comes to terms with his grandfather’s life make for a trip well worth taking.”
—Publishers Weekly

Looking for More Great Reads?
21 Books You’ve Been Meaning to Read
Download Hi Res
The Most Famous Writer Who Ever Lived

The Most Famous Writer Who Ever Lived