A Boy’s Own Story Reader’s Guide 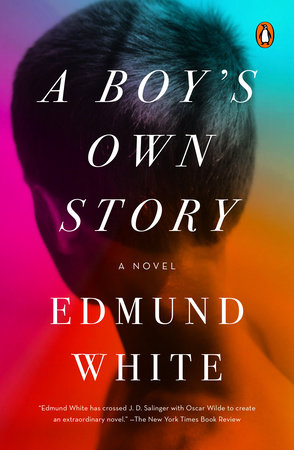 A Boy’s Own Story Reader’s Guide

Originally published in 1982, and set in the 1950s, A Boy’s Own Story is a masterful exploration of sexual identity, a coming-of-age novel equally remarkable for its sexual candor, acerbic social commentary, and gorgeous prose. It achieved iconic status immediately after it first appeared, and from the vantage point of today it stands as a monument to the incipient gay consciousness not only in the novel’s unforgettable hero but in a generation of young gay men struggling to accept their own sexuality.

The novel’s unnamed narrator, now in his forties—the age of the author when the novel was written—recounts his adolescence as a precocious fourteen-year-old, deeply self-conscious and keenly aware of himself as an outsider. He experiences daily life as nothing more than an unending series of humiliations, from his inability to connect with the students in his school to his alienation from his eccentric parents and mean-spirited sister. Indeed, he feels safe and whole only when reading books or spending time in nature. “For I could thrive in the expressive, inhuman realm of nature or the expressive, human realm of books—both worlds so exalted, so guileless—but I felt imperiled by the hidden designs other people were drawing around me” (p. 92). As a child, he frequently escapes into a richly imaginative fantasy life, featuring three imaginary friends, all with fully developed and often conflicting personalities, but once he reaches his teenage years his fantasy life becomes increasingly sexualized. He dreams of an older man who will take him away to live a life of refinement—far from the crudeness and inanity of this world. “I entertained fancy ideas about elegant behavior and cuisine and friendship. . . . I wanted to run through the surf or speed off with a brilliant blond in a convertible or rhapsodize on a grand piano somewhere in Europe” (p. 24). Unfortunately, in this world he must settle for much, much less—the attentions of a neighborhood boy, a hustler, or the sex-crazed Ralph from summer camp.

The world he longs for and the world he lives in are so far apart that it seems impossible to bridge them. And so he begins a series of ill-fated attempts to “cure” himself of his homosexuality, which he regards as a “sickness” and about which feels deep shame. He goes out on an anxious date with the most popular girl in school, declares his love for her, and is roundly rejected. He convinces his aloof businessman father to send him to a private boy’s school and free him from the emasculating home environment he shares with mother and sister. And once at school, he further cajoles his father into funding his therapy with the hilariously narcissistic Dr. O’Reilly, who can hardly be bothered to listen to the boy, let alone cure him of his homosexual urges. None of these strategies work, of course, and the narrator is driven to a final, desperate betrayal, an act of vengeance against the unyielding adult world.

An unsurpassed exploration of the vexed intersection of sexual identity and social expectations, what is most extraordinary about A Boy’s Own Story—and what makes the book such a pleasure to read—is Edmund’s White pitch-perfect depiction of the narrator’s changing states of consciousness as he struggles to fit into or flee from the world around him. It is a struggle White would continue to explore in The Beautiful Room Is Empty and The Farewell Symphony, which form, along with A Boy’s Own Story, one of the most significant fictional trilogies of the twentieth century.

Edmund White is the author of the novels Fanny: A Fiction; A Boy’s Own Story; The Beautiful Room Is Empty; The Farewell Symphony; The Married Man; and Hotel de Dream; a biography of Jean Genet; a study of Marcel Proust; a memoir, My Lives; and, most recently, a short biography of Rimbaud. Having lived in Paris for many years, he has now settled in New York, and he teaches at Princeton University.

A CONVERSATION WITH EDMUND WHITE

Q. You wrote A Boy’s Own Story more than twenty-five years ago. How does it feel to have it reissued? How do you regard the novel from this vantage point?

It was the “breakthrough” novel in my career, so I remember it fondly. My two previous novels had been fairly experimental, but in this one I tried to make up for the more conventional tone by polishing it as much as possible. If it had to be a normal stone, at least it should be cut and faceted.

Q. What role do you think your work has played in the gay rights movement? What kind of impact did A Boy’s Own Storyhave when it first appeared?

Of course, a literary novel in America can never have a large political impact, but I definitely felt that for the readers it reached it was speaking to them in a new, serious way. Even before it was published I remember giving a reading at the Leslie-Lohman Gallery in New York’s Soho. I was expecting my usual ten readers and I was so casual about it I was ten minutes late. I had to push my way through crowds all the way up the stairs to the gallery—something entirely new to me. Later, when the book came out in England, I had a mob scene at the Riverside Theatre when I gave a reading—and the book sold a hundred thousand copies in the United Kingdom right off the bat.

Q. You’ve spoken of your love of Proust and Nabakov. How have they influenced you? Are they major presences in A Boy’s Own Story?

Nabokov and Christopher Isherwood might be the two governing presences. Nabokov for the humor and wordplay and careful writing, Isherwood for the sincerity and the fearlessness in approaching gay subject matter (A Single Man was a very important novel for me because of its unapologetic tone).

Q. This is a predictable but irresistible question—to what extent is A Boy’s Own Story autobiographical? More broadly, what challenges or freedoms are involved in fictionalizing autobiographical material?

The book is very autobiographical, though I made the nameless protagonist less precocious both intellectually and sexually than I was at his age. I didn’t want to write a book about a freak. Because it’s a novel I felt free to rearrange the chronology and simplify the cast of characters.

Q. What’s your sense of the current climate for gays and lesbians in America? Do you feel hopeful that much progress for gay rights will occur in the Obama era, or that we are getting closer to a cure for AIDS?

Religion is the great enemy of gays and lesbians. Because America is the most religious country in the First World it has the highest rate of hate crimes and the least liberal marriage laws. Even Ireland and Spain are far more liberal than America. Unfortunately I’m afraid it will be a long, long time before Americans get over what I consider to be the deadly superstition of organized religion.

Q. You helped found the Gay Men’s Health Crisis Center in New York and its counterpart, AIDES, in France. What is the relationship between your work as a writer and your AIDS activism?

My two most important AIDS-related novels are The Farewell Symphony and The Married Man. But in all my work after A Boy’s Own Story (which was begun before the epidemic appeared) I can detect the presence of AIDS. In my short story collection, Sinned Alive, AIDS is explicitly a theme. I also edited an anthology of essays by other people about artists in America who died of AIDS, called Loss Within Loss.

Q. Do you feel you’ve been an important influence on younger gay writers?

I think writers, both gay and straight, are mostly influenced by the prevailing cultural currents. Many if not most gay writers who emerged in the 1980s and ’90s were therefore most influenced by Raymond Carver and Minimalism. Later, the vogue for confessional memoirs influenced gay writers of fiction and nonfiction. Perhaps my frankness and sense of humor have had some minor effect on younger writers.

Q. You’ve spoken about the ’70s in New York as being one of the high points in human culture. What’s your sense of New York today in terms of aesthetic activity? Do you think it is still an electrifying place for a writer or artist to live?

I can’t think of a livelier place in America, though Los Angeles must be a close second.

I’ve just finished a memoir about New York in the seventies called City Boy. Now I’m embarked on a novel about two friends, one gay and one straight, over three decades.

Learn More About A Boy’s Own Story
print

Emergency
Daisy Hildyard
Back to Top