The Age of Innocence Reader’s Guide 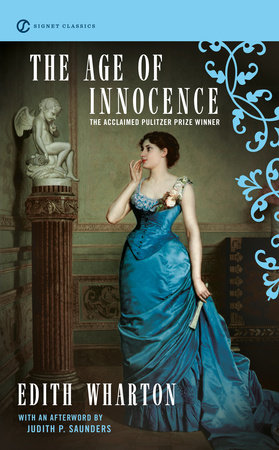 The Age of Innocence Reader’s Guide

The Age of Innocence is a title both ironic and poignant: ironic because the “age” or period of the novel, the late nineteenth century, teems with intolerance, collusion, and cynicism; poignant because the only innocence lost is that of Newland Archer, the resolute gentleman whose insight into the machinations of aristocratic life comes late. The novel proceeds from a working assumption that is best summed up by Ralph Waldo Emerson in his essay “Self-Reliance”: “Society everywhere is in conspiracy against the manhood of every one of its members.” Edith Wharton advances this belief with a vengeance, and it gives tragic depth to the life of Newland Archer, a life that might otherwise seem pedestrian and unworthy of close examination.

Wharton presents Archer as a man of refined sensibilities, well educated, responsible, alert to expectations. He works in an old law firm just enough to achieve an air of respectability and importance. He attends opera, keeps up with the galleries in Europe, and thinks “few things seemed…more awful than an offence against ‘Taste’ ” (p. 12). At the same time, Archer is a harsh judge of his fellow man. He attributes to Ned Winsett “the sterile bitterness of the still young man who has tried and given up” (p. 101). He thinks Sillerton Jackson a gossip, Lawrence Lefferts a philanderer, and Julius Beaufort a crude scoundrel of business. He is perhaps most judgmental—and incorrect—about May Welland, the debutante who becomes his wife, deciding not long after their marriage “that never, in all the years to come, would she surprise him by an unexpected mood, by a new idea, a weakness, a cruelty or an emotion” (p. 243). Archer also criticizes himself, but he is not altogether thorough, and he turns a blind eye to his central flaw, failing to recognize his own immaturity, his own naïveté about the ways of his world. He fails to see himself as a “dilettante” (p. 4) making claims to intellectual and moral superiority. But it is this characteristic that makes Archer a true innocent. In many ways, he pictures himself standing apart from his milieu, believing that he is somehow a free agent, less susceptible to the claims of the social world.

Archer possesses one other characteristic that contributes largely to his innocence—imagination. This is not to say that Archer’s contemporaries lack this particular facility, but rather that his own turns of fancy tend toward the untried and the unorthodox. Having an after-dinner cigar with Sillerton Jackson, Archer declares that “women ought to be free—as free as we are” (p. 34). And when Countess Olenska, the woman he loves, asks if she is to be his mistress, Archer says, “I want somehow to get away with you into a world where words like that—categories like that—won’t exist” (p. 238). Archer is something of a dreamer, a romantic, and it is his story of lost love that makes him, if not a hero, then a sympathetic Everyman. Archer’s imagination allows him to see beyond his perfect match with May Welland, his prestigious but inconsequential law practice, and the formidable social strictures directed against the Countess Olenska. But somehow the plots and intrigues of high society—of drawing room and library, of wife and friends—escape him, and when Archer finally understands his life as being subject to powers outside his control, it is too late. Is there a social conspiracy against Newland Archer? Is he manipulated to do what his community wants without regard to his desires or happiness? Or is it Archer’s naïveté and his romantic preoccupations that entrap him? Is a man of affluence and position a master of his own fate, or is he mastered by tradition, expectation, and prescribed morality? These are just a few of the questions that The Age of Innocence raises.

Few things in a Wharton novel can be understood as strictly black or white, this or that. The demands and consequences of duty are laid out before Archer clearly enough, but how he should respond to them, and how we respond to him, is complicated by the possibilities of social conspiracy and romantic fulfillment. The decisions that Archer makes concerning his life with May Welland and a life with Countess Olenska speak to his sense of obdurate responsibility. Archer’s son, recounting his mother’s words, says to Archer, “she knew we were safe with you, and always would be, because once, when she asked you to, you’d given up the thing you most wanted” (p. 293). Must security be purchased with sacrifice? Is it moral and honorable to protect others at the expense of one’s happiness? Or is Archer a puppet, incapable of claiming morality or honor because his actions are forced upon him by the designs of others? Is duty to one’s community more important than duty to oneself? Can and should any society determine the right course of action for an individual? In the end, if we as readers feel safe with Newland Archer, it is because he upholds his obligations, his duty to wife, children, and society. He manages, through strength or resignation, to keep things in order. We pity him as well.

Edith Wharton (1862-1937), born to a wealthy and fashionable New York family, was raised and educated by governesses and tutors as the family moved between houses in Paris, New York City, and Newport, Rhode Island. She published her first book, a slim volume of poetry, at the age of sixteen. Wharton’s patriarchal and socially conservative family disregarded her literary work, thinking it an inappropriate, even embarrassing, eccentricity.

Wharton married Boston banker Edward Robbins Wharton in 1885, but the marriage was not a particularly happy one. Wharton moved to France in 1907 and the couple divorced in 1913. After publishing a number of stories in popular magazines, including The Atlantic Monthly and Scribner’s, she set out to write serious fiction. Following the example of her friend and mentor, Henry James, Wharton took up the novel of manners, chronicling the customs and beliefs of her social class. Over the next forty years, she published eleven collections of stories and sixteen novels, including The House of Mirth (1905), Ethan Frome (1911), and The Age of Innocence (1920), the last of which won the Pulitzer Prize in Fiction. She also published works on travel and interior design.

In Paris during World War I, Wharton worked tirelessly as the head of the American Hostels for Refugees and wrote of her experiences in Fighting France (1915). For her work during the war, she was made a chevalier of the French Legion of Honor. She filled her later years with the company of artists and intellectuals, a coterie that, in addition to Henry James, included Jean Cocteau and Sinclair Lewis, who dedicated Babbitt to Wharton. She was the first woman to be elected to the American Academy of Arts and Letters and to receive an honorary doctorate of letters from Yale University. Wharton died of a stroke in her home in France, having lived as an expatriate for much of her life.

Learn More About The Age of Innocence
print

The Mill on the Floss

Felix Holt, the Radical
Back to Top