This Side of Paradise Reader’s Guide 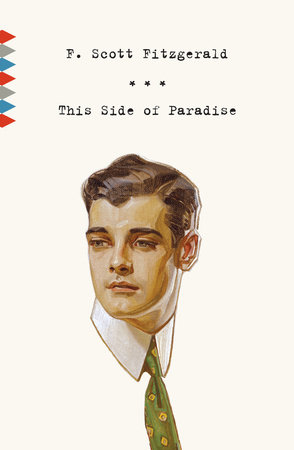 This Side of Paradise Reader’s Guide

print
This Side of Paradise Reader’s Guide

1. In her introduction, Susan Orlean says that, like everything else Fitzgerald wrote, This Side of Paradise is “a treatise about class.” Do you agree? How does Fitzgerald’s preoccupation with class inform his writing? Why is Amory so obsessed with social status?

2. Many critics have dismissed the novel’s episodic structure. What do you think of Fitzgerald’s organization of plot and theme? Does his arrangement, or lack thereof, in any way effectively convey the restlessness of Amory and his contemporaries? What did you ultimately come away with at the novel’s conclusion?

3. Discuss the importance of all things romantic in the novel. Are the romantic pursuits of Amory and his friends primarily satisfying or disillusioning? How does money, or the lack of it, play a part in the pursuit of love? Would you characterize Amory as cynical about love?

4. When first published, This Side of Paradise defined and catalyzed the youth movement of the 1920s. How does Fitzgerald’s forthrightness on the vagaries of youth in 1920 strike you as a reader today?

5. At the conclusion of the novel, Fitzgerald describes a new generation “grown up to find all Gods dead, all wars fought, all faiths in man shaken.” To what extent is this true? What part does World War I play in the consciousness and actions of Fitzgerald’s characters?

6. Discuss the significance of religion in the novel. Amory often raises questions of faith, good versus evil, and sacrifice. What does he conclude? What role does Monsignor Darcy play in Amory’s developing moral identity? What is Amory’s vocation?

7. Is This Side of Paradise in any way a tragic novel? How does it attempt to explain tragedy or loss? Do you think Fitzgerald intended a mournful or ultimately hopeful perspective? Why or why not?

Learn More About This Side of Paradise
print

The Jungle
Back to Top