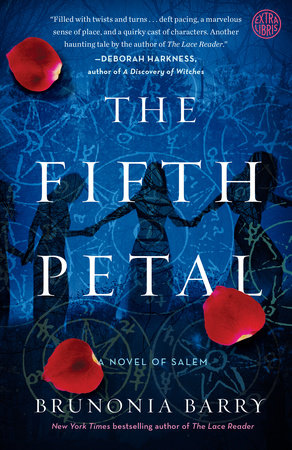 1. Contemporary Salem is a safe haven for neo-witches, greatly enhancing the city’s tourist trade, but there are many who want to “ditch the witch.” Could a modern day witch hunt happen in Salem again, and, if so, what might it look like? Are witch hunts happening in other parts of the world?

2. “You know who you are, you have always been other,” Rose says in her Book of Trees. In what way is each character in the book “other”?  Rose later claims every culture, and every individual, harbors a prejudice against those they consider “other”. Do you agree?

3. Callie longs for home and family, and particularly for a mother figure, having lost her own mother at a young age. How does Callie fulfill that dream, and at what cost?

4. Is the banshee a goddess or a monster? Its power seems to reside in a woman’s raised voice. How does that power manifest in the hands of the different characters?

5. At one point in the story, Rose tells Callie not to “court the strike.” What does she mean, and why is this important to the story?

6. Social media is both a resource and a curse in the novel. The wealth of available information helps Rafferty with his case, but the opinions of anonymous posters also condemn Rose, mirroring Salem’s accusers of 1692. Discuss the positive and negative impacts of social media.

7. Brunonia Barry, who lives in Salem, is often surprised by the generational guilt the city still suffers for the 1692 witch hangings. In what ways does this manifest in the story?

8. Sound and vibration figure in The Fifth Petal, with a capacity to both hurt and heal. How does the banshee’s killer sound relate to vibration and music therapy? How does the music of the spheres that Callie hears during meditation relate to the ancient music heard in Matera?

10. Trees symbolize both the interconnectedness of all life and the roots of humanity in this story. How does the sacred oak help Rose, and what is the significance of the Tree of Life? What does it mean to Callie in her translation of Rose’s Book of Trees?

Learn More About The Fifth Petal
print
Back to Top