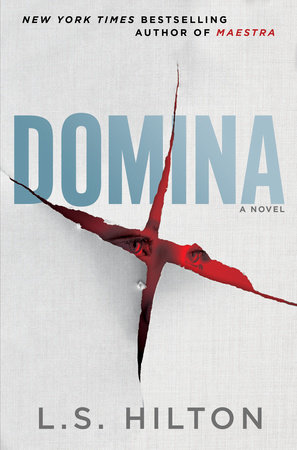 1. At the start of the novel, Judith seems to be living the perfect life as Elisabeth Teerlinc: She owns her own gallery and lives in a beautiful apartment in Venice. Why has Judith chosen to become Elisabeth? Is she happy?
2. How does Judith’s relationship to wealth change over the course of the novel? If you’ve read Maestra, how are Judith’s desires different in Domina than they were in the first book? What does Judith want now?
3. Judith is a woman who knows and enjoys her own sexuality. Why is she so disgusted by her trip to Ibiza? How does her relationship to sex change when she leaves Venice?
4. How does Judith’s encounter with Alvin change her? Why does she decide to deal with him the way that she does? Is her character different after she makes this decision?
5. When Judith calls her mother toward the end of the novel, she thinks, “I’d come, slowly, to realize that she didn’t want a new home, she was happy enough in her tarted-up council flat, with no worries and money for booze. It pained and exasperated me that that was all she wanted. But my mum really thought her life was OK” (p. 254–55). Discuss Judith’s relationship with her mother. Why do you think she is so upset by her mother’s desires? Does Judith love her mother?
6. What does Judith’s relationship with Timothy reveal about her character? Why does she decide to involve him in her plan? Do the two ever truly become friends?
7. When Domina begins, Judith owns her own art gallery in Venice and is successfully living an independent life. But as the novel continues, we see her threatened by forces much larger than herself. How does Judith feel about losing control? Is she ultimately an empowered female character? Do you think Domina is a feminist novel?
8. In Amsterdam, Judith wonders, “Why had it taken me so long to work out that where I belonged was the edge of the map?” (p. 131). What does she mean?  What do you think Judith truly wants?
9. Were you surprised by the reveal about Judith’s past? Does this change the way you understand her?
10. What do you think will happen to Judith next?
Learn More About Domina
print

Let Me Die in His Footsteps

The Invisible Ones
Back to Top