A World in Disarray Reader’s Guide 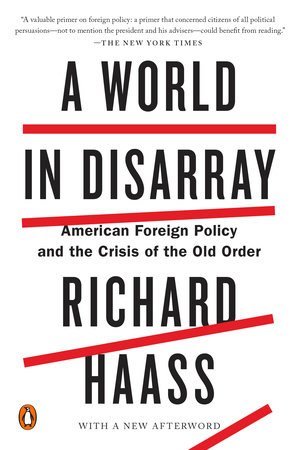 A World in Disarray Reader’s Guide

1.   Which U.S. action since the Cold War has had the greatest impact on the current state of global affairs? Why?

2.   What is an act of omission versus an act of commission? Describe some recent examples in U.S. foreign policy and their consequences.

4.   Discuss some positive and negative aspects of globalization. How can/should U.S. foreign policy be made to address these?

5.   What effect does mounting U.S. debt have on national security?

6.   What grade would you give U.S. foreign policy in the post–Cold War era?

2.   Discuss the “Thucydides Trap” and how it has (or has not) manifested itself since the end of the Cold War.

3.   What is the “global gap?” Use examples from the text on how/where the global gap is present today.

4.   Discuss the phrase “international community” and the extent to which it exists, providing some examples.

5.   How does sovereign obligation differ from the responsibility to protect?

6.   Discuss the differences between “preemptive” and “preventive” strikes.

7.   Discuss international order: What is it? What are the prerequisites?

3.   During the Cold War, the United States and China found a rationale for relations between the two countries. How has that changed since the end of the Cold War and what effect has it had on the relationship?

4.   How have U.S.-Russian relations evolved since the end of the Cold War? What are some causes for the current state of relations?

5.   According to the book, a new liberal world order emerged after World War II. Discuss the formation of this “other order” and what it was comprised of.

6.   Why does the book describe the world in “disarray” if there has been an absence of great power conflict over the past twenty-five years?

7.   Is the descriptor “disarray” warranted? Is there a better word to describe the current state of the world? How did disarray come about? Was it inevitable or could it have been prevented?
Learn More About A World in Disarray
print

The Way of the Knife

Playing to the Edge

The Signal and the Noise

The Assault on Intelligence

Black Flags
Back to Top