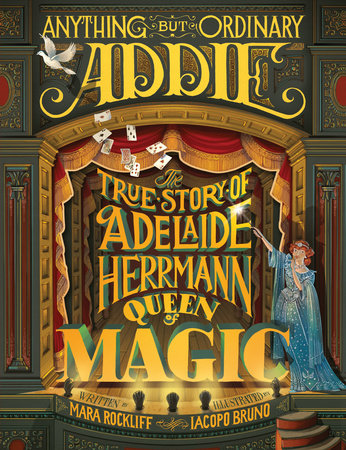 Anything But Ordinary Addie

The True Story of Adelaide Herrmann, Queen of Magic

About Anything But Ordinary Addie

Be astonished and dazzled by the true story of Adelaide Herrmann, the Queen of Magic!

Some girls are perfectly happy never doing anything out of the ordinary. But Addie was anything but ordinary. She longed for thrills and excitement! At a time when a young lady appearing onstage was considered most unusual, Addie defied convention and became a dancer. And when she married the world-famous magician Herrmann the Great, she knew she had to be part of his show. Addie wanted to shock and dazzle! She would do anything to draw the crowds, even agree to be shot out of a cannon. But when Herrmann the Great died, Addie couldn’t disappoint her loyal fans — the show had to go on. What could she do? She would perform the show all by herself! From the creators of Mesmerized, this rollicking romp tells the true story of one fearless magician’s rise to glory, featuring exquisitely lavish illustrations by Iacopo Bruno. Extensive back matter, including instructions for performing one of Addie’s original tricks, makes this a dazzling celebration of one of the first female conjurers in show business. 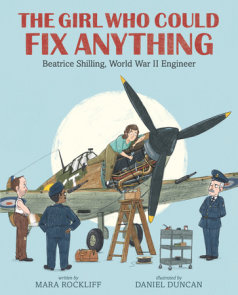 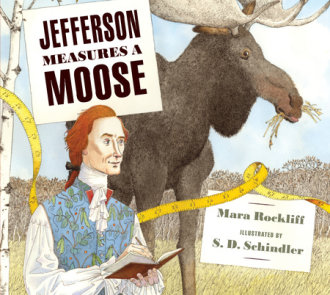 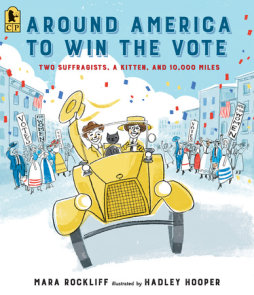 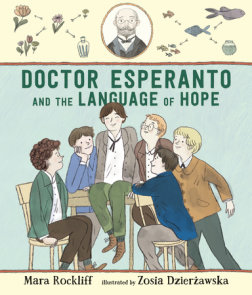 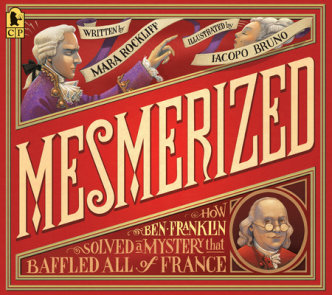 See all books by Mara Rockliff

Rockliff tells Addie’s story with panache, the words bouncing across the page, with varying sizes and typefaces to highlight and emphasize important ideas. Bruno’s pencil and digitally colored illustrations are a homage to another time…Picture book biographies about groundbreaking women are always welcome, and this one is sure to please readers, young and old.
—School Library Journal (starred review)

Rockliff and Bruno (Mesmerized) reunite for another spectacular book about the often illusory world of human showmanship. Standout illustrations lend a magical aura as they spotlight the life of female magician Adelaide Herrmann…This charming and visually dramatic read gives children a front-row seat for the story of an ahead-of-her-time entertainer.
—Publishers Weekly (starred review)

The art makes the piece much more than simply a humorous biography of a spunky woman artist; readers get a taste of elite and artistic lives during Addie’s lifetime. Addie’s willingness to perform the feared-and-revered bullet-catching trick to retain popularity after Alex’s death is a perfect way to end the entertaining, true story. An out-of-the-ordinary biography.
—Kirkus Reviews

This is the true story of Adelaide Herrmann, born Adele Scarsez in London, 1853. Not much has been published about the woman who practiced magic for 65 years, yet her story comes to life in this bold and brilliantly illustrated biography…The combination of illuminating text paired with magnificent illustrations ensures that this will be a popular book in every collection.
—School Library Connection

Rockliff’s spare, but exuberant narrative and Bruno’s lavish illustrations speed through the story of the girl who began as a ballerina, moved on to bicycle tricks, met and married world-famous magician Alexander Hermann and joined his magic act.
—The Buffalo News

A fascinating true story of the fearless magician, Adelaide Herrmann, this choice oozes with courage and determination.
—Books to Borrow…Books to Buy (Kendal A. Rautzhan column)

Anything But Ordinary Addie