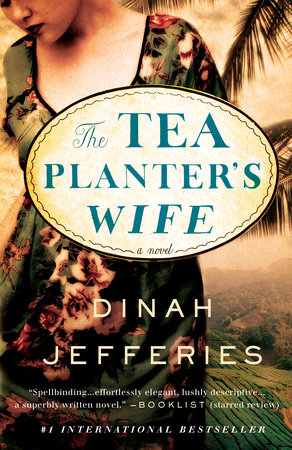 1. Who did you think the woman in the prologue was and where did you think she was going? Did your perception of this character change as you read the novel?

2. Discuss Gwen leaving her life behind to live in a tea plantation. Could you see yourself making this drastic lifestyle change?

3. Upon Gwen’s arrival in Ceylon, Lawrence is withdrawn and distant. Why did you think this was? Were you surprised that he was so different than how Gwen described him?

4. Dinah Jefferies creates a wonderful sense of time and place in the novel. Did you find it easy to picture Ceylon and the tea plantation?

5. Gwen and McGregor clash on how they think the plantation should be managed. Did you ever sympathize with McGregor’s viewpoints? Did you ever think Gwen was overstepping?

6. What did you make of Gwen’s attempt to recreate her childhood hobby of cheese making on the tea plantation?

7. What role do you think Verity serves in the novel? Discuss why you think she was so bitter and manipulative.

8. The night in the hotel after the party becomes a turning point in the novel. As the reader, we only get Gwen’s interpretation of the truth. What did you think happened? Did you ever doubt Gwen’s assumption as you continued reading?

9. Discuss the decision that Gwen makes immediately after childbirth. What do you think you would have done in her shoes?

10. Discuss the issues of race and colonialism in the novel. Do you think racism is a cultural stigma that is learned? The two children in the book get along well and don’t care about the color of their skin, do you think this is an argument that racism is not inherited?

11. Discuss the secrets that the characters kept from one another and how they impacted their lives. How could things have been different if the characters told each other the truth? Do you think there are times when hiding a secret is better than telling the truth? Is this decision easier or harder when it’s someone you love?

I Always Loved You
Back to Top