The Couple Next Door Reader’s Guide 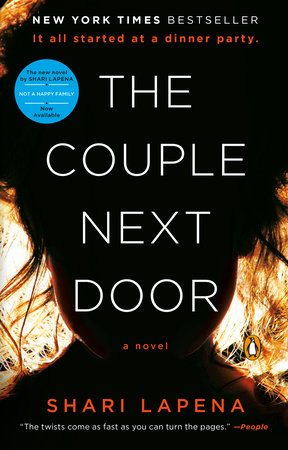 The Couple Next Door Reader’s Guide

“‘Detective Rasbach watches the chinks in the couple’s relationship widen. The tension he had picked up on immediately after their daughter was reported missing has already blossomed into something more—blame. The united front they had shown in the first minutes and hours of the investigation is starting to erode. How could it not? Their daughter is missing. They are under intense pressure. The police are in their home, the press is pounding at their front door. Rasbach knows that if there is anything here to find, he will find it’” (p.58).

When Anne and Marco Conti arrive home after a tipsy night at the neighbors, they are suddenly living every parent’s nightmare: their baby is missing from her crib, kidnapped while they were right next door. They took turns checking on her every half hour; they had the baby monitor with them the whole time. Yet somehow someone has snuck into their house and kidnapped their infant daughter. But who?

They have clues but no answers: mysterious tire tracks in the garage, a disabled motion detector, the front door left slightly ajar. Detective Rasbach senses that nothing quite adds up. As the police investigate, Anne and Marco each begin to unravel. For Anne, the kidnapping confirms every doubt and self-criticism she’s had about herself as a new mother, but it also dredges up memories of a violent incident in her past. For Marco, the kidnapping is proof of his inadequacy as a father and husband—the culmination of the desperation he’s felt about his failing business and his seething resentment toward the father-in-law who won’t save him.

Detective Rasbach knows from grim experience that in cases like this, one—or both—of the parents is usually to blame. But in Lapena’s taut and riveting debut thriller, as soon as one clue offers a solution, another appears, pulling everything apart. The swirl of suspicion grows to include nearly everyone in the Contis’ world, as what began as a midnight kidnapping soon reveals infidelities, blackmail, secret business deals, and a murder in an isolated cabin. Anne and Marco are forced to question how well they know each other, how well they know their friends and family, and even how well they know themselves.

1. Imagine yourself in Anne’s position—would you have left your infant at home while going next door for dinner? Do you believe Anne is a good mother? How do you define that?

2. Why does Anne stay with Marco, even after everything she’s learned? Would you? Is it possible to build trust again after that type of betrayal?

3. Marco and Richard hate each other. How would each describe the other? Thinking about the way the story ends, how accurate are their opinions?

4. Rasbach says “It’s much easier to make money if you don’t care who you hurt. If you have scruples, it’s much harder to get rich” (p.284). Do you agree?

5. The press hound Anne and Marco, camping outside their door and assaulting them with questions. Do you think these kinds of media circuses are justified in the name of “news”?

6. At one point, Anne thinks that she killed her own child. Why? Do you believe she’s capable of that?

7. What was your reaction to the last line of the novel? What did Anne do? What will happen next for Anne and Marco?

8. What is the title of the novel meant to suggest?

Learn More About The Couple Next Door
print

The Hypnotist’s Love Story
Liane Moriarty
Back to Top