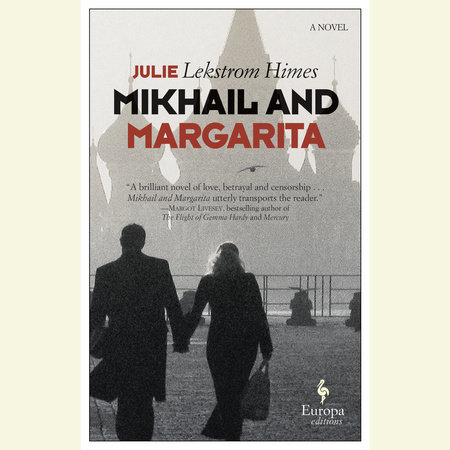 About Mikhail and Margarita

It is 1933 and Mikhail Bulgakov’s enviable career is on the brink of being dismantled. His friend and mentor, the poet Osip Mandelstam, has been arrested, tortured, and sent into exile. Meanwhile, a mysterious agent of the secret police has developed a growing obsession with exposing Bulgakov as an enemy of the state. To make matters worse, Bulgakov has fallen in love with the dangerously candid Margarita. Facing imminent arrest, and infatuated with Margarita, he is inspired to write his masterpiece, The Master and Margarita, a scathing novel critical of both power and the powerful.

Ranging between lively readings in the homes of Moscow’s literary elite to the Siberian Gulag, Mikhail and Margarita recounts a passionate love triangle while painting a portrait of a country whose towering literary tradition is at odds with a dictatorship that does not tolerate dissent. Margarita is a strong, idealistic, seductive woman who is fiercely loved by two very different men, both of whom will fail in their attempts to shield her from the machinations of a regime hungry for human sacrifice. Debut novelist Julie Lekstrom Himes launches a rousing defense of art and the artist during a time of systematic deception, and she movingly portrays the ineluctable consequences of love for one of history’s most enigmatic literary figures.

Listen to a sample from Mikhail and Margarita