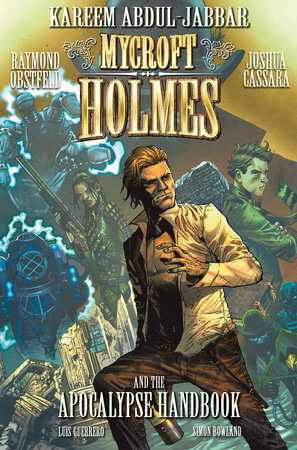 Mycroft Holmes and The Apocalypse Handbook

About Mycroft Holmes and The Apocalypse Handbook

Mycroft Holmes and The Apocalypse Handbook sees the diffident, brilliant Mycroft pulled into a globe-spanning adventure at the behest of Queen Victoria and a secret organization at the heart of the British government. A madman is on the loose with civilization-destroying weapons, each two hundred years in advance of the status quo. Can the smartest man in England set aside his idle, womanizing ways for long enough to track down the foe that may be his match?

This all-new graphic novel collection presents brand new comic adventures set in the world created by the author of the best-selling Mycroft novel series, and is perfect for fans of Mycroft Holmes and Sherlock Holmes. 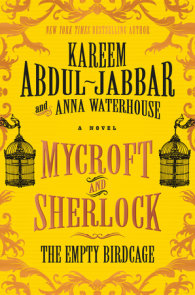 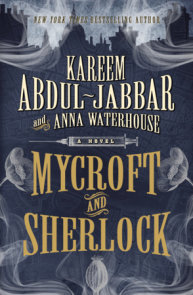 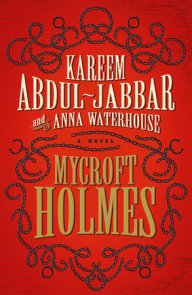 See all books by Kareem Abdul-Jabbar 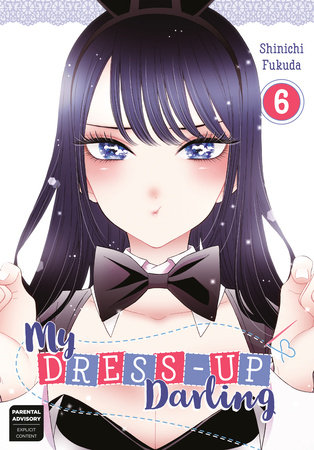 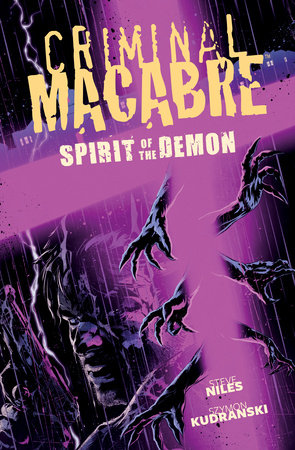 “An exceptionally wild and clever ride. 5 out of 5” – Pop Culture Uncovered

“[Mycroft Holmes] is basically the Tony Stark of the Victorian Era.” – Graphic Policy

“If Sherlock was a hero for his era, perhaps Mycroft better suits today’s attitudes. This picaresque prequel will attract fans of Abdul-Jabbar’s Mycroft Holmes novel and lovers of Holmes spin-offs.”  Library Journal

“This is a great comic book that is stunningly beautiful and more than just a new take on a classic character.” – Nerdist

“Anyone who loves a good adventure story and smart, faced paced dialogue is going to adore Mycroft Holmes. 10 out of 10” – Black Girl Nerds

I read some in high school, but I became really hooked while playing in the NBA. I would read the stories and novels while traveling to different cities. The long plane rides and tedium of living in hotels was vanquished by my submersion into the nasty crimes 19th Century England. It was my guilty pleasure.

What appeals to you about the Sherlock Holmes stories? What do you take from them? How have they affected your life?

At first, it was just entertainment. I love to read history books, so this was a way to experience the time period while enjoying a distracting mystery. But I soon found a much deeper kinship with Sherlock that resonated with me on a personal level. Like Sherlock, I am a bit reserved when it comes to relationships with the public. And like him, I appreciate logical thinking. To me, logic is the key to saving humanity from its self-destructiveness.

Soon after my emersion into the Holmes stories, I found myself honing my own deductive reasoning in all aspects of my life. Even in basketball I would use the staff members from various sports venues as my own Irregulars to gather information about opponents’ injuries that might help me better play against them.

Last year Titan published your novel, Mycroft Holmes. How did you come to write a novel about Sherlock Holmes’ older and smarter brother?

I like the challenge of reimagining familiar characters in new settings. The BBC version of Sherlock does an excellent job reimagining the characters but still staying true to the part that we love so much. I thought it would be fun to do an original take on a character who barely appears in the stories, yet has such an impact on Sherlock’s psyche.

What appeals to you about Mycroft Holmes as a character?

Sherlock admits that Mycroft is smarter than he is. I love the challenge of writing about someone even smarter than Sherlock. Trying to come up with ways to show how clever he is took many hours of contemplation, frustration, but ultimately satisfaction.

When we meet Mycroft in Doyle’s “The Greek Interpreter,” Mycroft Holmes is an indolent, obese middle-aged man burrowed deep into the British Government. Your Mycroft Holmes is a younger man, early in his career in the Her Majesty’s government. How does else does he differ?

I’ve actually created two distinct Mycrofts. The one in the novel is brilliant but still a product of his times: earnest, proper, and naïve. The Mycroft in my comic book is brilliant, but also cynical, subversive, and an adventurer. He has more Deadpool in him than he does Sherlock.

What do you see as the differences between Mycroft and his younger brother, Sherlock?

Sherlock is a young student at Cambridge while Mycroft is a 27 year old still attending Cambridge in order to avoid any real work. He gambles, sleeps with his professor’s wife, and basically parties as an antidote to his boredom. Like Sherlock, his immense intellect makes the daily routine of life insufferable. An international threat causes the British government to enlist his help, which he agrees to just to alleviate his ennui. However, the arc of his character across the five issues is one of going from bored cynic to committed agent of Great Britain. While Sherlock’s narcissism keeps him in private service, Mycroft chooses to use his abilities to serve humanity, which he finds fulfilling.

Titan Comics is publishing your comic book, Mycroft Holmes and the Apocalypse Handbook. How did this come about?

I’ve been reading comic books since I was a little boy, so I’ve always wanted to do one of my own. I’ve been a fan of DC’s Elseworlds and Marvel’s Noir stories in which they imagine their comic heroes in alternate universes and times. After finishing the novel, I started wondering what Mycroft would be like as an Indiana Jones type adventurer who starts out as a selfish rogue but eventually comes to learn the value of humanity. So, I created a Mycroft that was different from the one in Guy Ritchie’s movies, different from the one in the BBC series, and even different from my own creation in my novel. I envisioned him to be a witty and brave man with just a touch of con artist in him, like Star-Lord in Guardians of the Galaxy.

For comic book readers who may not have read Mycroft Holmes, can they jump right into Mycroft Holmes and the Apocalypse Handbook? What should they know?

You don’t have to know anything. He’s a completely original version of Mycroft.

Why do you think Sherlock Holmes and his world have endured for over 125 years?

Sherlock and Mycroft represent humans at the height of their intellectual potential. The stories allow us to imagine ourselves as the people we want to be rather than who we are. It’s a super-power actually within reach, if only we had the discipline to train ourselves. Even though we don’t, most people coming out of a Sherlock Holmes movie or finishing a story starts looking at everything as a clue. That in itself makes us more engaged with the world around us.

Mycroft Holmes and The Apocalypse Handbook