All the Lives We Ever Lived Reader’s Guide 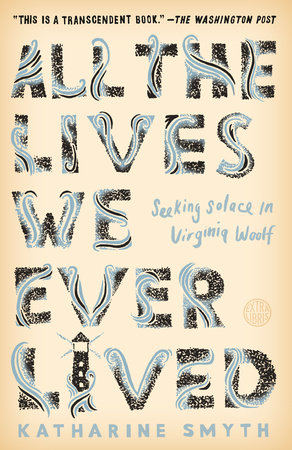 All the Lives We Ever Lived Reader’s Guide

print
All the Lives We Ever Lived Reader’s Guide

A Reader’s Guide for All the Lives We Ever Lived

In order to provide reading groups with the most informed and thought-provoking questions possible, it is necessary to reveal certain aspects of the plot of this book. If you have not finished reading All the Lives We Ever Lived, we respectfully suggest that you do so before reviewing this guide.

1. In All the Lives We Ever Lived, Katharine puts forward the idea that “there is one book for every life.” Does that idea resonate with you? If so, what is the book for your life?

2. Do you think that Katharine’s experience at Talland House was what she was expecting? What does it mean to transform a years-long fantasy into reality? Do you think her visit brought her closer to Virginia Woolf?

4. In Part One, Chapter 4, Katharine reveals that she was once married and divorced, an experience that changed her understanding of Paul and Minta’s own marriage. She writes, “one of the wonders of Woolf’s novels is its seemingly endless capacity to meet you wherever you happen to be.” Does this idea resonate with you? Can we experience the same text differently at different times in our lives?

5. Why do you think that Katharine is so fascinated by Virginia Woolf and To the Lighthouse? Is it simply because of the parallels between Woolf’s life and her own, or are there other reasons as well?

6. Why do you think that Katharine decided to include the photographs and images she did? How were they significant in shaping your experience as a reader?

7. In Part One, Chapter 12, Katharine suggests that both Lily Briscoe and Mrs. Ramsay “are grappling with the ways in which wedlock promises an erosion of the self.” What do you think she means by this? Do you agree or disagree with this conception of marriage?

8. What do you see as the significance of the mouse story in Part One, Chapter 18?

9. In Part Two, Chapter 9, Katharine writes, “art may not give us the unequivocal truths that we desire from our world, but it can provide a stay against its chaos and confusion.” What argument do you think she is trying to make about art here? Has art ever helped you to better understand your own life?

10. In Part Three, Katharine describes her failure to feel the emotions that she is “supposed to” in the wake of her father’s death. What do you think she means by this?

11. In Part Three, Chapter 8, Katharine writes, “My sadness had not been especially extreme, and I had the feeling I had been moving from one diversion to the next. Enough, I thought. It’s time to get down to the business of mourning.” What do you think that Katharine is trying to accomplish through her mourning?

12. In Part Three, Chapter 6, Katharine discovers a secret about her father’s past. “On the day he died,” she writes, “I believed I knew my father, believed that I saw clearly to his core; today, after over a decade of trying to explain him to the world and exposure to secrets like this one, he is more of a stranger to me than he has ever been.” Why do you think that the act of writing her father’s story caused him to recede for her? Do you think Katharine knows her father better at the end of the book than she did at the beginning?

Learn More About All the Lives We Ever Lived
print

Her Dream of Dreams
Beverly Lowry

There Are No Grown-ups
Pamela Druckerman

The Art of the Wasted Day
Patricia Hampl

No Shortcuts to the Top
Ed Viesturs and David Roberts

Goodbye to a River
John Graves

The Art of Vanishing
Laura Smith

The Life and the Adventures of a Haunted Convict
Austin Reed

An Embarrassment of Mangoes
Ann Vanderhoof

The Muse of the Revolution
Nancy Rubin Stuart
Back to Top