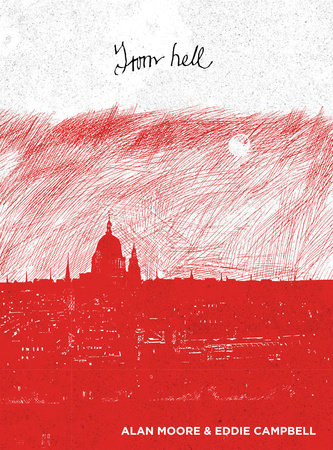 Part of From Hell

Part of From Hell 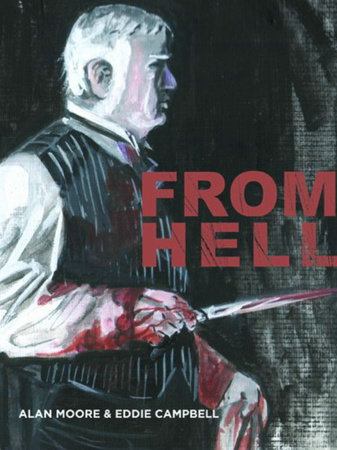 Alan Moore (Watchmen) and Eddie Campbell (Bacchus), grandmasters of the comics medium, present a book often ranked among the greatest graphic novels of all time: From Hell.

From the squalid alleys of the East End to the Houses of Parliament, from church naves to dens of the occult, all of London feels the uniquely irresistable blend of fascination, revulsion, and panic that the Ripper offers. The city teeters on the brink of the twentieth century, and only the slightest prodding is necessary to plunge it into a modern age of terror.

Moore and Campbell have created a gripping, hallucinatory piece of crime fiction about Jack the Ripper. Detailing the events that led up to the Whitechapel murders and the cover-up that followed, From Hell is a modern masterpiece of crime noir and historical fiction.

Alan Moore (Watchmen) and Eddie Campbell (Bacchus), grandmasters of the comics medium, present a book often ranked among the greatest graphic novels of all time: From Hell.

Two master storytellers. Five unsolved murders. A hundred years of mystery. One sprawling conspiracy, one metropolis on the brink of the twentieth century, one bloody-minded Ripper ushering London into the modern age of terror, and one comics masterpiece. From Hell is now available in a handsome hardcover edition, with a brand new cover.

“My all-time favorite graphic novel … an immense, majestic work about the Jack the Ripper murders, the dark Victorian world they happened in, and the birth of the 20th century.” — Warren Ellis, Entertainment Weekly

“Moore’s works have often defied the public’s expectations of the medium, and his most ambitious work, the massive graphic novel From Hell, is no exception. … The result is at once a meditation on evil, a police procedural and a commentary on Victorian England. … an impressive piece of work.” — Patrick Day, The Los Angeles Times

“A massive exploration of the Jack The Ripper murders that incorporates British history, Masonic ritual, and London geography in a fascinating and horrifying conspiracy theory.” — Tasha Robinson, The AV Club
“Moore, one of the great fiction minds of his generation, never accomplished anything more satisfying than this. Both creators are at the top of their game: Campbell’s grubby lines are the perfect evocation of the horror of everyday Victorian life in the underclasses, while Moore’s allegorical plotting — looping in the Royal family, Masonic occult ritual, the Elephant Man and the nature of London itself — makes for a hypnotic read and perpetual re-read.” — Joe Gross, Rolling Stone