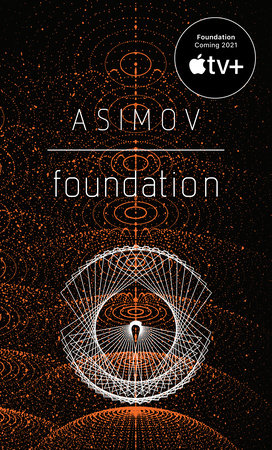 Isaac Asimov began his Foundation series at the age of twenty-one, not realizing that it would one day be considered a cornerstone of science fiction. Including such award-winning science fiction sagas as the Robot, Empire, and Foundation series, Asimov is the author of more than 470 books and was named a Grand Master of Science Fiction by the Science Fiction and Fantasy Writer of America. He died, at the age of seventy-two, in April 1992.
Learn More About Foundation (Apple Series Tie-in Edition)
print

Stranger in a Strange Land
Robert A. Heinlein

The Caves of Steel
Isaac Asimov

The Moon Is a Harsh Mistress
Robert A. Heinlein

The Hitchhiker’s Guide to the Galaxy: The Illustrated Edition
Douglas Adams

The Gods Themselves
Isaac Asimov

The Ultimate Hitchhiker’s Guide to the Galaxy
Douglas Adams