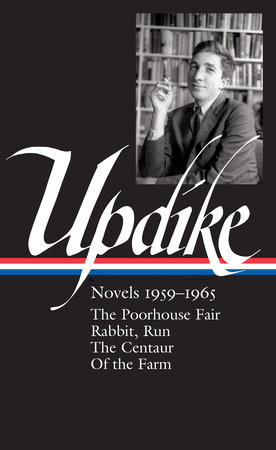 The Poorhouse Fair / Rabbit, Run / The Centaur / Of the Farm

Library of America launches its definitive multi-volume edition of John Updike’s novels with the four early works that signaled the arrival of one of the most gifted young novelists of the 1960s.

John Updike had already made a name as a contributor of stories and poems to The New Yorker when, in January 1959, at the age of twenty-six, he published his first novel, The Poorhouse Fair, launching one of the most extraordinary literary careers in American letters. Now, Library of America inaugurates a multi-volume edition of Updike’s novels with this volume gathering his first four novels, including the landmark Rabbit, Run, chosen in 2010 by TIME Magazine one of the best 100 novels published in English since 1923. Set in the near future of 1978, The Poorhouse Fair stages a conflict between John Hook, a rebellious ninety-four-year-old former schoolteacher now a resident of a rural poorhouse, and young Mr. Conner, the utilitarian humanist who runs the facility, as an allegory of resistance in a world of systems and efficiencies. Updike’s legendary rejoinder to Jack Kerouac’s On the Road, Rabbit, Run (1960) introduces us to the author’s most enduring protagonist, Harry “Rabbit” Angstrom, a onetime high-school basketball star who, on an impulse, deserts his wife and son, with tragic consequences. The Centaur, a comic-tragic father-son novel that mixes memory and myth, won the National Book Award for Fiction in 1964. The novella Of the Farm (1965) is one of Updike’s loveliest performances, a kind of chamber music for four voices set during a single memorable weekend. 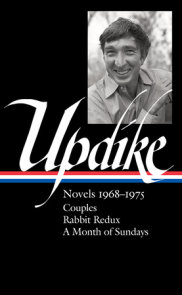 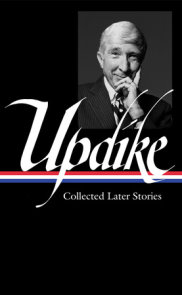 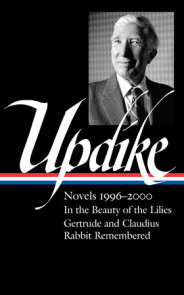 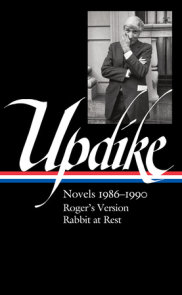 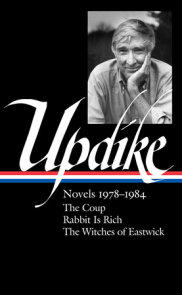 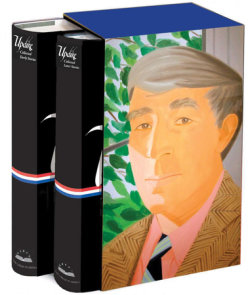 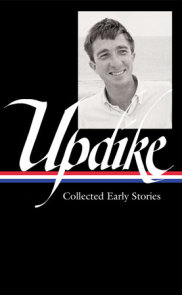 John Updike (1932–2009) was born in Shillington, Pennsylvania. He graduated from Harvard College in 1954, and spent a year in Oxford, England, at the Ruskin School of Drawing and Fine Art. From 1955 to 1957 he was a member of the… More about John Updike