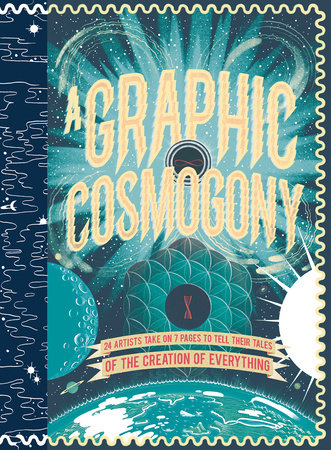 About A Graphic Cosmogony

Drawn from the mythology of myriad cultures and the ever creative minds of the artists within, we are taken from the fog of Niflhelm to the frescoes of Florence in a worldwide collaboration of yarn-spinning talent.

“The Biblical creation myth proposes that God created the world in seven days, or six plus one day off to chill out, so in that spirit the two-dozen cartoonist-shamans corralled into this compendium were given just seven pages to devise their own version of how we all got here. . . . Entire world faiths have been built on equally unlikely accounts. Perhaps if enough readers of this volume start believing in certain stories, they might cause a spate of new religions to spring up based upon them. Pull up a rock and gather round the flickering fire—the universe is about to be born again.”—From the introduction by freelance journalist, curator, and lecturer Paul Gravett, co-author of Graphic Novels: Stories to Change Your Life (Laurence King Publishing, 2005) 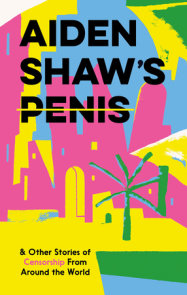 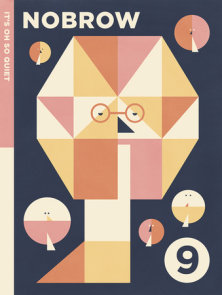 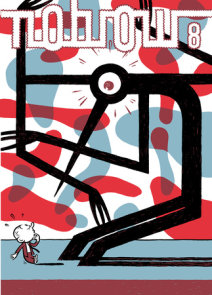 In A Graphic Cosmogony, twenty-four of today’s most celebrated illustrators and graphic artists each take seven pages to tell their version of the story of the universe’s origin and how our world came to be. There are unusual takes on traditional creation myths like The Book of Genesis…imaginative homages to evolution, gorgeous interpretations of Japanese folktales, and all kinds of fanciful alternative mythologies that fuse the playful with the profound.
—Brainpickings

As with most Nobrow releases, A Graphic Cosmogony is a thing of beauty, elegantly crafted. […] Each artist demonstrates their nuance of storytelling while also highlighting their particular style. The anthology speaks to the myriad possibilities comics have in terms of narrative, representation, tone, and craft. […] This is a thing to enjoy. This is an anthology you should experience for yourself.
—Comics Bulletin

A very exciting and characteristically quality book has just arrived from NoBrow. The publishers and purveyors of all things illustrated present A Graphic Cosmogony, their first comics compendium. With an introduction by Paul Gravett, excellent cover by Micah Lidberg and each of the 24 featured artists telling ‘their tale of everything’. Think of it like a brief history of the land before time or the alternative genesis (no specific religion though unless your spiritual allegiance lies with the great comic in the sky).
—It’s Nice That

Despite what the title might lead you to believe, A Graphic Cosmogony is not one cosmogony, but in fact twenty four separate cosmogonies, held together only by Nobrow’s trademark cloth binding. If you were looking for a coherent answer to that ultimate question—how did the world come to be?—you’ll have to look elsewhere. A Graphic Cosmogony is much more concerned with showcasing the work of its contributors than with scientific or theological speculation. Variously elegant, cute, shamanistic, messy, hilarious, psychedelic, satirical, and meditative, these twenty four short comics come chaotically together to form a dizzying visual feast and a testament to the creative potential of the creation myth. […] Sturdy and well-crafted, this is the kind of book that makes an impression as an object. […] The patterned, cloth bound spine has a striking physicality. The graphic storytelling takes place on gloriously thick matte pages, and in some of the chapters, colour bleeds extend to every edge of the page. […] This is a book to own, keep on the shelf, and revisit again and again.
—Quadrapheme

Twenty four artists made seven page comics explaining their own rendition of how it all began from legends to magic to a cyclops vacuum, there are a lot of crazy tales in here that I want to believe. The artwork is gorgeous, the printing is top-notch but I guess I wasn’t expecting anything less from these guys.
— Book By Its Cover

A Graphic Cosmogony is the first anthology from publishers Nobrow Press. This is a Nobrow equivalent of McSweeney’s albeit with a very deliberate theme. The twenty-four artists in A Graphic Cosmogony tackle creation in a fitting seven pages each—each one becoming that shamanic presence, creating their own wild, imaginative versions to answer that perennial question: ‘how did we get here?’ . . . A damn fine read!”
—Forbidden Planet International