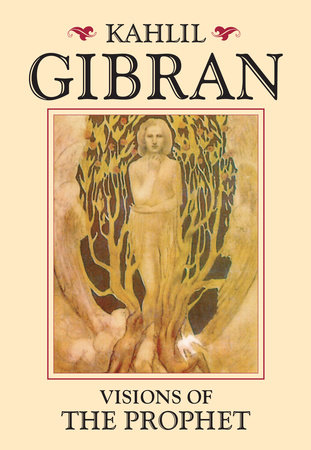 About Visions of the Prophet

Ever since his best-selling book The Prophet was first published in 1923, Kahlil Gibran has been enchanting spiritually inclined readers with his dogma-free writings so rich with insight, wisdom, beauty, and truth. In this companion collection of little-known writings taken from his published works in Arabic, Gibran encourages us to bravely face life’s hardships, and to continuously cultivate a rich inner life to set our moral compasses by.

In Visions of the Prophet, Gibran’s narrator wrestles with the hypocrisies of Christianity (“Mad John,” “The Man on the Cross”) and challenges hypocrisy (“Kahlil the Ungodly”). He questions how children born of corrupt marriages and living in poverty can ever become soulful creatures (“The Sister Soul,” “The Woman of Tomorrow”) and urges us to develop our souls (“Solitude and Isolation”). The one-act dramatic play “The Many-Columned City of Iram” shows a Sufi master, a female sage, and a seeker having a heartfelt discussion about the natures of faith and reality.

Containing some of his most intellectually challenging work, Visions of the Prophet reveals a Gibran more vehement and vulnerable than in previous publications. 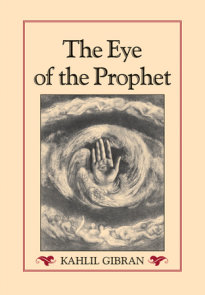 See all books by Kahlil Gibran

Praise for The Prophet:

“Truth is here; truth expressed with all the music and beauty and idealism of a Syrian untouched by the harshness of life. Cadenced and vibrant with feeling, the words of Kahlil Gibran bring to one’s ears the majestic rhythm of Ecclesiastes . . .”
—Chicago Post

Praise for The Eye of the Prophet:

“In these writings Kahlil Gibran takes us out of the wilderness into the joys and sorrows of everyday urban life. More personal and political than The Prophet, the book nonetheless sings with Gibran’s lyricism and abiding wisdom.”
—Wes “Scoop” Nisker, author of Crazy Wisdom, co-editor of the Buddhist journal Inquiring Mind

“This book shows once again why the writings of Kahlil Gibran have been such a rich source of spiritual inspiration in our modern world.”
—Jacob Needleman, author of An Uknown World, The Wisdom of Love, and The Heart of Philosophy